OnePlus One will come with 2.5GHz Snapdragon 801 chip, 3GB of RAM

With just a couple of weeks left to go for the OnePlus One to be unveiled, the company has made another announcement regarding the handset’s specifications. In the latest update, the Chinese OEM states that they’ve swapped the Snapdragon 800 processor for a faster variant in the series. The smartphone will now go official with the 801 chipset that tags along various improvements which we’ve discussed below.

The OnePlus One was initially said to have a 2.3GHz quad core Krait 400 chip. The 801 module isn’t a big upgrade, but it tags along a decent performance boost. The company has gone with the 8974AC module which is the same one found in the Samsung Galaxy S5. Compared to the previous SOC, the new one comes with higher memory bandwidth, support for eMMC 5.0 and a faster GPU amongst others. 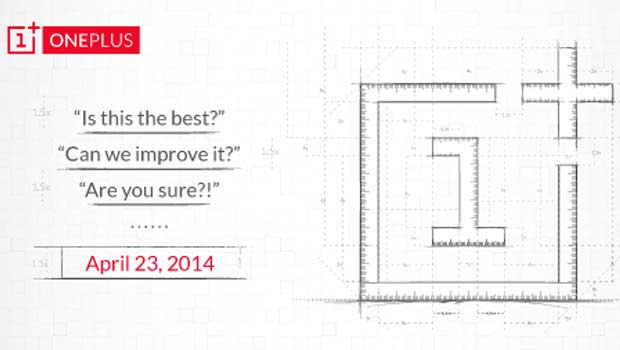 Apart from the new SOC, OnePlus has also announced that their upcoming flagship will have 3GB of RAM, making the device one of the most powerful on the market. We know a lot about the smartphone as the company has officially revealed everything about its development over the months. The device will come with a 5.5-inch 1080p display that sits within a traditional 5-inch smartphone design and have the same 13MP Sony Exmor IMX214 rear camera as the Oppo Find 7.

Here are the specifications of the OnePlus One:

The OnePlus One will go official on April 23 and the company will offer the device with premium StyleSwap covers made from silk, sandstone, denim, bamboo and Kevlar.