Looks like the OnePlus One is all set to follow the footsteps of Xioami handsets, even as the device has seemingly decided to let go of its Amazon exclusivity by arriving on Flipkart. Yes, the latter e-commerce website is currently teasing the big announcement through its social channels, but is stopping short of revealing anything officially.

Flipkart has been tweeting pictures suggesting that the OnePlus One smartphone is headed to its portal since the last few days. One of the images which you can spot in the space down below clearly shows the outline of the Chinese handset and is accompanied by the suggestive tagline, ‘We have thousands of offers… plus one.’

That line is also referring to the site’s regular Big App Shopping Days that are arriving again from June 22 onwards with discounts and offers. The OnePlus offering will most definitely be one of the flagship products of this edition of Flipkart’s Big App Shopping Days. 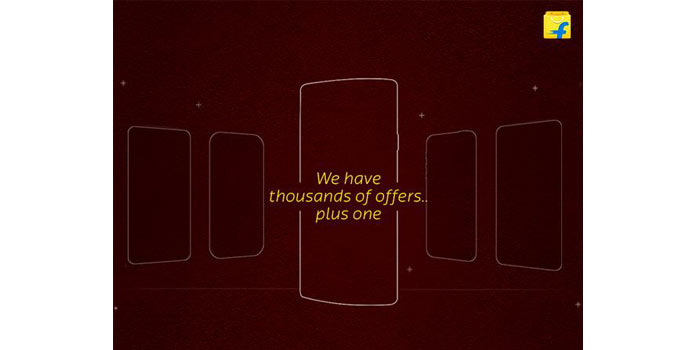 Techolic has received word from someone familiar with the company’s plans affirming that June 22 will indeed be the date on which the One handset will be put on sale via Flipkart. Moreover, the source has also said that the 64GB sandstone black model will be made available first.

A quick glance the main specs of the OnePlus One:

Since the global versions of the OnePlus One have received a permanent price drop already, it’ll be interesting to see when the company will be dropping the retail value of the device in India.