OnePlus One limited Kevlar edition gets caught online in yellow

StyleSwap covers are a no-go for the OnePlus One, but the company will be offering the device with Kevlar or denim rear panels in limited quantities. Well, it looks like the former version of the phone has been leaked and it flaunts a yellow back door.

G4Games notes that the device you see in the image below which surfaced via Weibo could very well be part of the OnePlus One Limited Edition lineup. However, there is a chance that the case might just be from a third-party source since there are many on the market offering alternatives to the diseased StyleSwap covers. 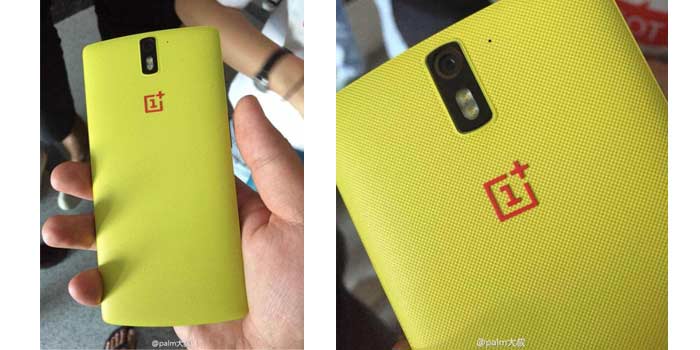 The rear panel looks very much like the Kevlar version of the original and it appears to be made from high quality materials which suggest that it could be the real deal and not some cheap case. But then again, the company hasn’t made any mention of offering the Kevlar version in yellow. We’ll just have to wait for an official announcement to find out for sure.

With the StyleSwap covers, OnePlus was aiming to deliver a customizable approach for its One smartphone. But due to technical difficulties, the project was scrapped. The blame for this was an unacceptable level of quality where the cases didn’t offer a secure fit and left the battery exposed to harm. Additionally, slipping on the cover isn’t child’s play and can be quite tricky for many.

We’ll keep you updated with more information on the leaked limited Kevlar edition OnePlus One. In other news, the device will go up for pre-order on November 17 sans the need for an invite.