OnePlus has new hardware to reveal on June 1, is it a flagship?

The wait for the OnePlus Two smartphone could just be a few days away as the company says that it has something new to reveal next week. And by the looks of the teaser posted online, we’re certain that the announcement will be hardware-related.

The company’s official Google Plus account has an image of the OnePlus One partially erased with the words ‘Time to change.’ Also, the description reads ‘We’re always looking for ways to shake up the tech industry. And we think it’s time for a change.’ Clearly, the company is going to launch a new smartphone next week.

And the only device we’ve been anticipating from a few months now is the OnePlus Two. For something to ‘shake up the tech industry,’ the company would obviously have to come up with something unique and amazing, but recent leaks of the alleged new flagship paint a rather disappointing picture. 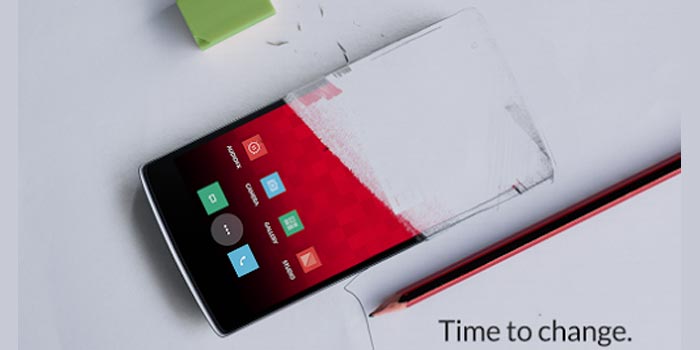 A new handset from the company with the A2001 model number was spotted in a benchmark. The phone was shown to be running Android 5.1 Lollipop and be powered by an octa core processor. The chipset was listed as the Snapdragon 810 which can be found in almost every new flagship phone.

Also read: Sony Xperia Z3+ is the Xperia Z4 for the rest of the world

The disappointing bit is that the RAM continued to stand at 3GB and we’ve seen rumors of the main camera being a 13MP sensor as well. The phone also carried the same branding as the current device which suggests that the company might retain the OnePlus One moniker.

In order to create a game-changer device, OnePlus will have to put a lot of emphasis on design and also attract customers through top-tier features such as a fingerprint reader, a 2K display and more. There’s a lot that’s not known about the upcoming flagship, but at least it will not be much of a wait as the announcement is set to take place on June 1.