OnePlus’ very own 10000mAh power bank which was launched back in March has been officially brought over to India. The device was initially expected to go on sale towards the end of April, but is just a couple of weeks late.

OnePlus has priced the portable charger at Rs 1399 which is slightly higher than what we anticipated. The battery extender is a prettier pick compared to the competition as it flaunts a more appealing design.

The company is offering the device in two versions, one with a sandstone black finish for a premium texture and the other baring dressed in silk white. The color schemes are identical to what you’d get on the One smartphone, allowing you to match the device with your handset. The battery is around 220 grams and it should deliver up to 3 full charges to the OnePlus One. 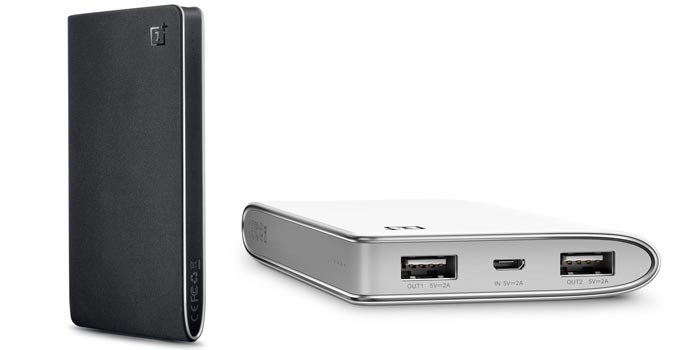 Additionally, it has one full-size USB port for power output and a microUSB jack to juice it up. The company has added battery indicators as well, which light up with a gentle shake. Preventive measures have also been taken into consideration to ensure that the device doesn’t overcharge or overheat.

The OnePlus accessory is a great pick for what you’ll be paying, but it isn’t the only viable option on the market. Xiaomi’s Mi power bank series offers the same capacity for a little cheaper and the Asus 10050mAh battery costs Rs 1499. Then there’s the Huawei’s own version which recently went on sale at Rs 1399, but offering a higher rating of 1300mAh.

Like all other accessories from OnePlus, the 10000mAh power bank is also exclusive to Amazon India.