The OnePlus 6 has fallen into its first major controversy. It seems the phone has a very serious security flaw hidden within its depths.

Edge Security discovered the issue and uploaded a video demonstrating it a few days ago. Turns out, the OnePlus 6 has a vulnerability which allows hackers to boot any arbitrary modified image without actually unlocking the device bootloader. Anyone with physical access to the device and a tethered connection to a PC can take complete control of the handset.

This is clearly a big issue and Edge Security President Jason Donenfeld told XDA Developers that he informed multiple OnePlus engineers about the problem. The company later released a statement acknowledging the flaw. It’s promised to release a software update to fix the problem soon. 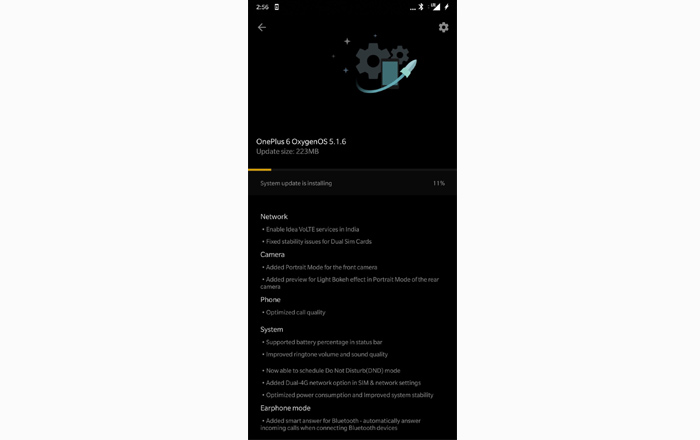 Till then, OnePlus 6 owners can download the latest version of OxygenOS which came out just a few days ago. OxygenOS 5.1.6 weighs in at 223MB and adds Portrait Mode to the camera. On the flip side, the rear shooter gets a preview option for the Light Bokeh effect in Portrait Mode.

They’ll also be able to schedule Do Not Disturb (DND) mode and automatically answer calls when connecting Bluetooth devices. Power consumption has been optimized and there’s now a dual-4G option in SIM & network settings.