The OnePlus 6 is finally here, standing tall with a 19:9 aspect ratio and 6.28-inch FHD+ Optic AMOLED display. To no one’s surprise, the brand has fallen victim to the notch trend that’s tearing up the Android world.

OnePlus has already pre-empted criticism by defending the notch and promising to implement a black bar on the sides to disguise the cutout. The good news is that the bigger screen doesn’t equal an unwieldy body since cutting out the bezels has meant that the size is almost exactly the same as the 6-inch OnePlus 5T.

There are a lot of customization options for the panel this time round, including sRGB and DCI-P3 color calibrations, a Reading Mode, and a Night Mode. Navigating the OnePlus 6’s display is an all-new experience now as there are iPhone X-like gesture controls which allow users to return home, flick through the app drawer, and open up recent apps. 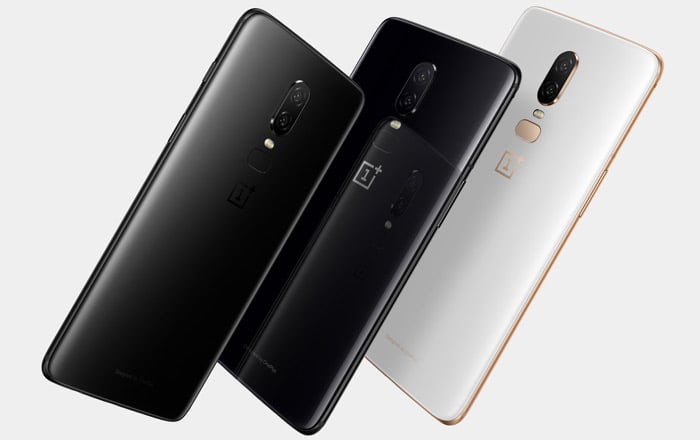 Optical Image Stabilization has made a triumphant comeback on the OnePlus 6 after giving its predecessor a miss. The dual-camera setup consists of a 16MP Sony IMX519 f/1.7 main and 20MP Sony IMX376K f/1.7 secondary lens. The pair is accompanied by dual-LED flash, PDAF, and 4K video recording at 30/60fps.

OnePlus 6 is touting the module’s slow-motion abilities, boasting that it shoots 480fps footage at 720p for 3.75 seconds. It doesn’t quite compare to the Samsung Galaxy S9’s 960fps, but it’s still fairly impressive for a phone at its price range. There’s also plenty of artificial intelligence to go around, optimizing photos with Smart Capture, customizing bokeh shots, and perfecting the Portrait Mode.

The 16MP Sony IMX371 f/2.0 front snapper still carries out double duties by clicking selfies and facilitating Face Unlock in under 0.4 seconds. One major aspect which has changed is the overall design, since OnePlus has switched from metal to Gorilla Glass 5 all around. Surprisingly, wireless charging still isn’t supported. 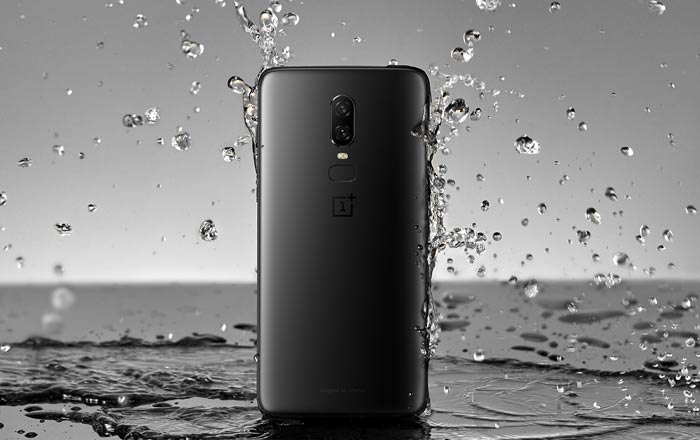 Dash Charge is still there though, as is the same 3300mAh battery. OnePlus has also fortified the smartphone with a water resistance by inserting foam between the screen and battery, making the headphone jack and fingerprint scanner out of waterproof materials, and plugging button gaps with silicon loops.

OnePlus hasn’t revealed an exact rating, but it sounds like the device can offer up to IP54 of water resistance. The company itself is advising against taking the phone for a swim, but is confident the handset can survive rain and glasses of water.

Another new OnePlus product which can survive low-level water attacks is the OnePlus Bullets Wireless headphones. These $69 Bluetooth accessories offer in-ear buds connected by a cable. Interestingly, owners can just snap the plugs together magnetically to power it off and stop the music without having to hit the pause button on their handset. 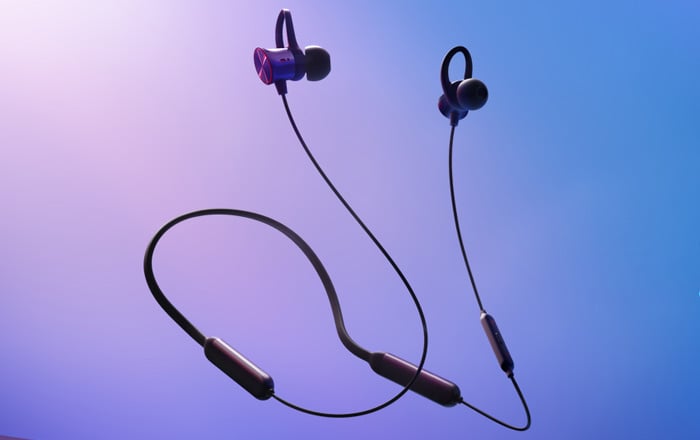 The OnePlus Bullets Wireless earphones further come with support for the Google Assistant and Qualcomm’s aptX tech to preserve sound quality over wireless connections. The firm claims that users will get up to 5 hours of power after just 10 minutes of charging, so they won’t have to wait around for the battery to recharge.

Sales begin from May 22 in various countries including the US, the UK, and India. You can buy the OnePlus 6 here. The Bullets Wireless headphones will go up for sale on June 5.