The OnePlus 6 has become the subject of multiple leaks, all attempting to shed some more light on the handset before it heads out into the world. One discloses the expected Indian price of the phone, while the two others reveal what the phone will look like from the front and back.

Starting off with the cost, TrueTech has obtained a list of possible rates for the three storage models of the OnePlus 6. It seems the decision for the exact figures was still pending as of March 29, so each version has a range. The basic 64GB variant might sell for anywhere between Rs 33999 and Rs 36999 (roughly $523 and $569). 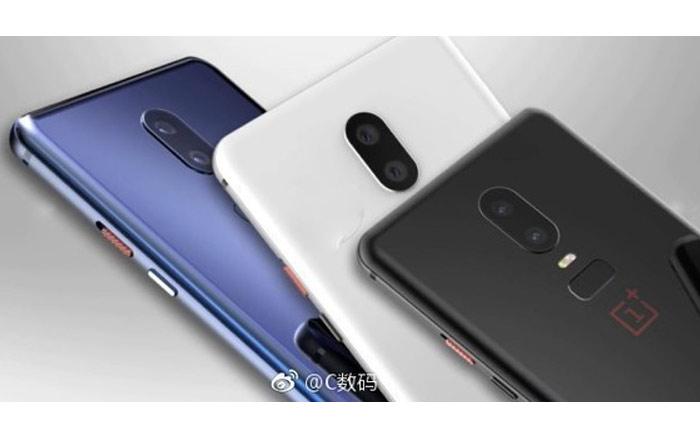 Next up is a hands-on photo of the OnePlus 6’s front. It neatly falls in line with speculation so far, featuring a prominent notch at the top and an almost border-less design all around. The company is preparing some software tweaks to go along with the design such as iPhone X-like gestures to navigate without a home button and a way to hide the cutout.

Also Read: OnePlus 6 is getting a special Avengers Edition

Finally, a number of OnePlus 6 renders popped up recently on Weibo. They imply that the smartphone is going to be sold in blue, black and white colors with a red alert slider. The OnePlus 5T’s metal back has been swapped out for a glossy glass one, complete with molded sides.