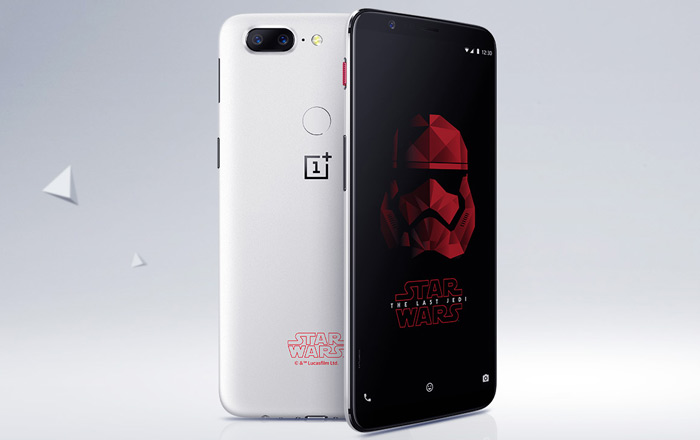 Talk of a Star Wars edition of the OnePlus 5T has come true after all, as OnePlus has officially announced the variant at Comic Con Bengaluru. It’s been decked out in an all-new black and white color scheme with a bit of red at the side thanks to the alert slider.

The OnePlus 5T Star Wars Limited Edition doesn’t have a price tag yet because the company plans to hold official launch events for it in various cities including Mumbai and Bengaluru on December 14. You can buy tickets for the occasion starting from December 7 at 10 am via Paytm.

You’ll have to cough up Rs 999 to attend the event. In exchange, OnePlus will let you experience the smartphone after the unveiling is over, grab some free popcorn and drinks, and snap up a Star Wars laptop bag and T-shirt worth Rs 1999 and Rs 999, respectively.

OnePlus is planning to release the special variant of its flagship phone on December 15, the same day The Last Jedi releases. It’s not a bad buy for any Star Wars fan out there who wants to flaunt the franchise’s logo on the back of their phone. There’s also going to be a customized theme inside.

OnePlus hasn’t said anything about the international availability of the OnePlus 5T Star Wars Limited Edition, so it’s likely the device is exclusive to India. The smartphone will probably stick close to the original version’s Rs 32999 (6GB/64GB) and Rs 37999 (8GB/128GB) cost. We’ll let you know more about it once it hits the country.