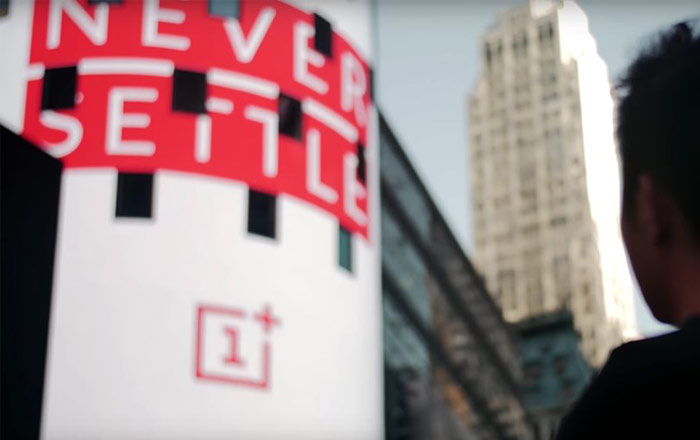 OnePlus has been busy teasing out details about the OnePlus 5T over the past few days, revealing small bits of information one tweet at a time. The latest crop of information also includes a GFXBench leak.

Starting off with official news first, OnePlus has tweeted a photo of an ad in a city and is asking people to guess which metro it’s planning to launch the OnePlus 5T in. Internet sleuths have detected that the promo is in the intersection of West 34th Street and Broadway, making New York City a lock.

OnePlus has been making in-roads into the US steadily, so it’s possible that it has some country-specific announcements to make. The next tweet focuses on the OnePlus 5T itself, although it’s hidden from view. There seems to be a OnePlus 5 above the device, a hint at the upcoming smartphone featuring the same dimensions as its predecessor while offering a bigger screen.

This theory was further backed up by the GFXBench listing. The OnePlus 5T will apparently boast of a 6.01-inch panel in a resolution of 1080 x 2160p. The latter suggests that the phone will be joining the trend of 18:9 displays that’s sweeping up the smartphone world.

There’s also mention of 64GB/128GB of internal storage, 6GB/8GB of RAM, a 16MP + 20MP rear cameras, and a 20MP selfie shooter. The last is an upgrade over the OnePlus 5’s front-facing lens. Even the module at the back was expected to convert to a 20MP + 20MP arrangement in previous leaks.