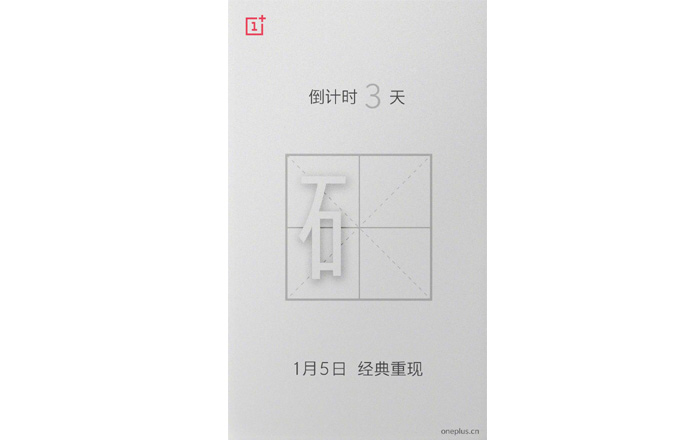 The OnePlus 5T is about to get yet another special edition variant in the form of a Sandstone White color. The company has been teasing this possibility since last week and now appears to have released a poster to further up the hype.

The above image was apparently shared on the brand’s Weibo page. The uppermost sentence says “3 days left”, while the bottom says “The classic returns.” January 5 is mentioned, likely the launch date of the OnePlus 5T Sandstone edition. The character at the center says “stone.” This clears out pretty much any room for ambiguity.

OnePlus has so far been promoting the new variant in London and China, which suggests that these will be its key markets. If it’s anything like the OnePlus 5T Star Wars Limited Edition, the company will sell it a slightly more expensive rate only in its 8GB of RAM and 128GB of ROM avatar.

The OnePlus 5T Star Wars Limited Edition currently sells at Rs 38999 which translates to a $614 or £453 price tag. Stay tuned for more on the upcoming Sandstone version of the smartphone.