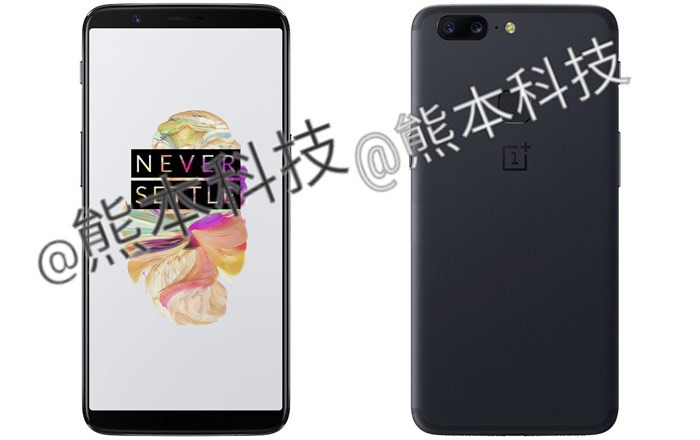 The OnePlus 5T has once again showed up to star in a leak, this time showcasing its front and back. The images come on the heels of CEO Carl Pei dropping some hints about the handset.

To recap, the OnePlus 5 is currently out of stock in several markets across the world except for places like India. This lead many to speculate that the company was planning to launch a new model called the OnePlus 5T. Now the brand’s CEO Carl Pei has taken to Twitter to post a cryptic message stating that “Guess the OnePlus 5 was more popular than we thought” followed by a shrug emoji.

It’s not entirely clear what Pei is trying to say with his tweet. Some speculate that this is a sure-shot confirmation of the existence of the OnePlus 5T. According to them, the initial run of the OnePlus 5 is over and done with and a new generation will be replacing it.

More practical voices say that he meant what he said and had miscalculated the amount of OnePlus 5 units to produce. This would explain why the phone was going out of stock everywhere. India might not be facing such an issue as the company uses parent company Oppo’s factory in Uttar Pradesh to produce the device.

It’s in these uncertain times that the Weibo-sourced renders of the OnePlus 5T have emerged. There’s no way to prove their authenticity as of now since it’s easy enough to fake. The images depict a handset with significantly reduced bezels, save for two strips at the bottom and top. The back surface bears a fingerprint scanner and the same dual camera setup.

Speculation is rife that OnePlus is ditching the 3.5mm headphone jack for its next handset. This would be very surprising considering how it made a point to mock Apple for removing the port during the launch of the OnePlus 5. Price-wise, the OnePlus 5T could go for around CNY 3000 (approx $453 or Rs 29470).