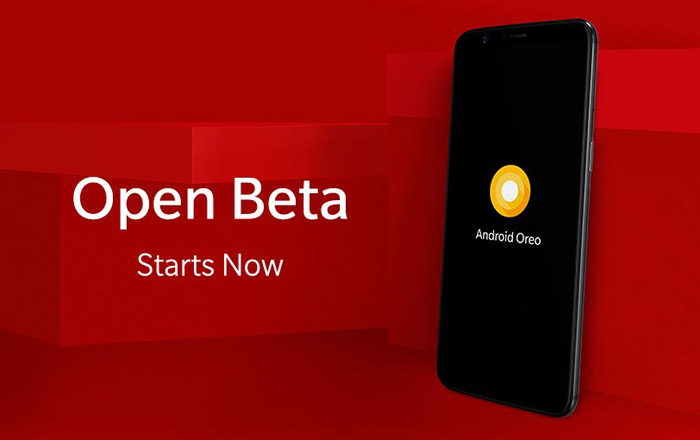 The OnePlus 5 just got its official Android 8.0 Oreo update, but the OnePlus 5T is yet to get started even with the beta version of the software. This could change soon though, as the company recently sent a tweet which indicates that the release isn’t too far off.

The tweet was shared via OnePlus’ German Twitter account on December 27. The translated message talks about how Christmas is over, but the brand still has a present for users in the form of the Open Beta for Android Oreo on the OnePlus 5T. The accompanying image is captioned with the words ‘Open Beta Starts Now.’

This caused a bit of confusion among owners of the OnePlus 5T since there’s no sign of the Open Beta just yet. It’s possible the Twitter account sent the teaser a bit earlier than intended. In any case, the program should kickstart soon for everyone, not just in Germany.

OnePlus has so far beamed out Oreo for the OnePlus 3, OnePlus 3T, and most recently the OnePlus 5. It’s following a bit of a reverse path with its upgrade schedule. Most phone manufacturers start with their latest offering and work backwards. The China-based brand has instead chosen to start off with the oldest eligible device and move towards the newest.

While the OnePlus 5 is getting a major new addition in the form of Face Unlock, it’s not clear what the OnePlus 5T will be on the receiving end of except for the big switch to Android 8.0 Oreo. We’ll let you know when the company begins seeding the Open Beta in the coming days.