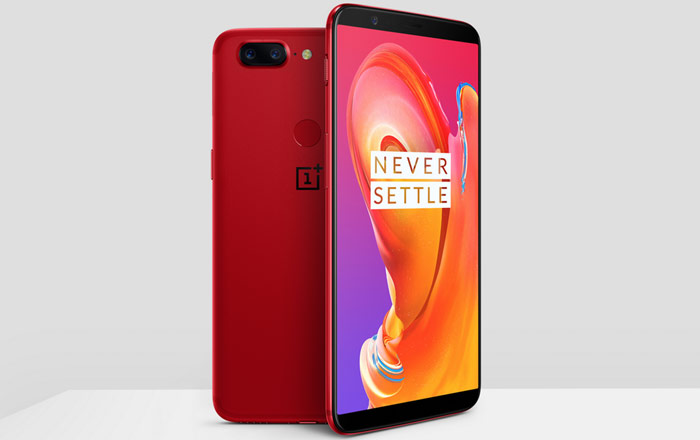 OnePlus’ Lava Red OnePlus 5T is hopping on over to Europe and the US today after making its debut in China a few months ago. The handset made a pit stop in India along the way, and it’s now ready to go international on a bigger scale.

Like before, the OnePlus 5T Lava Red will be a limited edition model, only sticking around till stocks last. Sales are set to kick off at 10 am in the US, Europe, and the UK, with the price tag set at $559, €559, and £499, respectively. That’s exactly the same rate as the standard Midnight Black version in its 8GB of RAM and 128GB of ROM avatar.

OnePlus is only making the red OnePlus 5T available in that particular storage variant. It’s promising to ship the phone for free for anyone who placed an order by February 8. If you’re wondering why it took so long for the handset to arrive in the US and Europe, it’s because the company wanted to release the iteration in time for Valentine’s Day.

In that spirit, OnePlus has announced a special offer which grants people a 15% discount if they purchase 2 of the same accessory. This covers its Bullet headphones, backpacks, and bumper cases, but no devices. You can buy the Lava Red OnePlus 5T here.