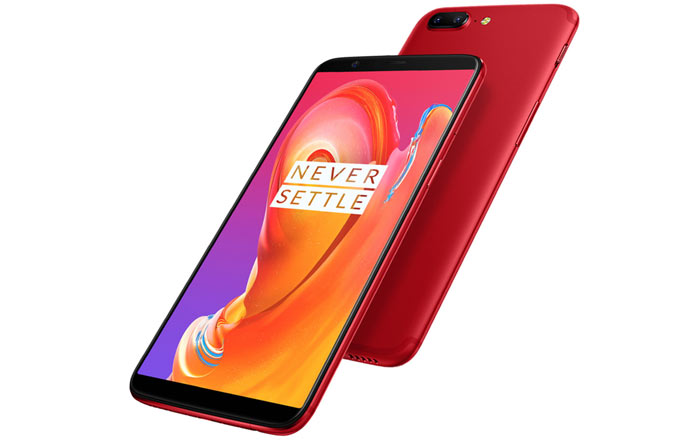 After weeks of requests from fans, OnePlus has finally launched the OnePlus 5T Lava Red edition in India. It’s the company’s first red-dipped handset, introducing a flair of color to the current mix of black and white alternatives.

Interestingly enough, the Star Wars Limited Edition version of the OnePlus 5T has disappeared from the OnePlus’ site and Amazon India. It’s not clear if the variant has permanently gone in favor of the Lava Red. Perhaps the identical Sandstone White color is on its way to replace it. There’s also a chance it’s just out of stock.

In any case, the Lava Red OnePlus 5T will only be sold in a 8GB of RAM and 128GB of ROM configuration. The price stays the same at Rs 37999. India has actually become the second market the iteration has become available in after China received it back in November 2017.

Specs and features remain identical to the original OnePlus 5T. It’s only the scarlet-tinged outward appearance which has changed, plus an all-new wallpaper specific to this model. The company has used a mixture of double blasting, 2 anodic oxidation processors, and AF coating to achieve the phone’s shiny red coat.

You can register for the OnePlus 5T Lava Red here and grab the phone on January 20 in an open sale on Amazon India and the brand’s online store.