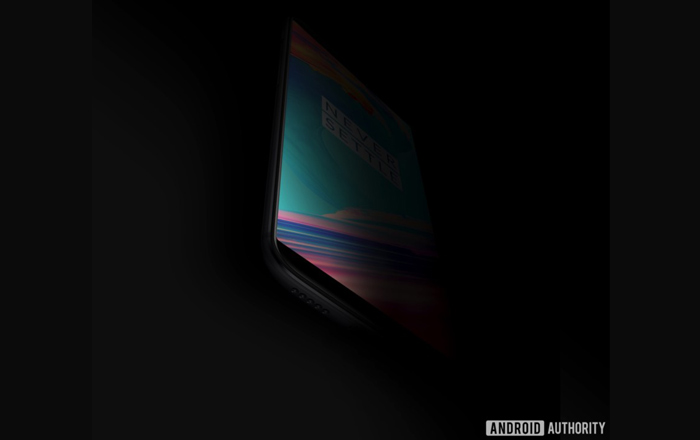 The OnePlus 5T has begun leaking out with clockwork efficiency, with the latest batch of rumors revealing its potential tagline and a couple of new images. The device is expected to come out at some point in November.

Starting off with the image above, it’s apparently a teaser image for the OnePlus 5T obtained from a trusted source by Android Authority. The photo only shines a light on a portion of the phone, but it’s enough to catch the handset’s reduced-bezel design. Speculation so far points towards a 6-inch 2160 x 1080p display and a trendy 18:9 aspect ratio.

The OnePlus 5T will likely be taller than its previous variant as a result, good news for anyone looking to get their hands on more screen real estate. There’s a chance the battery will be getting bigger as well. The emphasis on the display will probably mean a relocation for the fingerprint sensor to the back of the device.

The other leak comes from a more sketchy source, with an unknown Twitter account dubbed Jacky_Tech tweeting out photos of the alleged OnePlus 5T. The smartphone appears to be on the company’s website underneath the tagline ‘Bigger screen. Same footprint.’

The line suggests that OnePlus will be retaining the overall body size of the OnePlus 5, but placing a larger panel up front. No side bezels can be seen, but there are 2 narrow black strips along the bottom and the top. It’s not quite as extreme as the iPhone X, coming more in line with the LG G6 or V30.