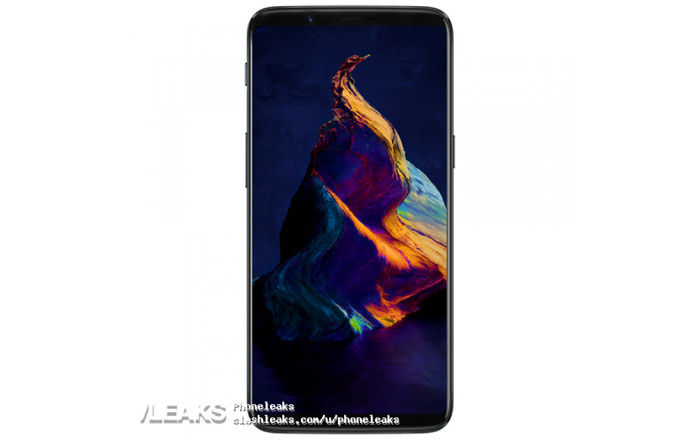 The OnePlus 5T is a bit of an enigma at this point, with some saying that it doesn’t exist and others saying it does. A newly leaked image is trying to shake things up a bit by offering visual proof of the handset.

The render up top could have been easily faked though, so it can’t be taken at face value. If it really is genuine, the OnePlus 5T will be taking inspiration from the Galaxy S8 when it comes to bezels. There are 2 narrow strips at the top and bottom which curve slightly at the edges. The sides are also of the sloping kind.

The photo matches the description of the OnePlus 5T which was leaked out in a recent report. The device is apparently going to sport a 6-inch 18:9 display and output a resolution of 2160 x 1080p. This is probably going to be the biggest update for the handset since the internals are expected to be largely the same.

That’s because Qualcomm hasn’t released an update to the Snapdragon 835 processor as it did last year with the Snapdragon 821. This was actually the reason why reports predicted that OnePlus would skip the OnePlus 5T and go straight to the OnePlus 6 in early 2018.

This timeline still makes sense, especially since a border-free design seems more like something which should be reserved for the next generation. On the other hand, perhaps OnePlus wants to get in on the bezel-less trend without waiting for 2018. Only time will tell which scenario plays out in real life.