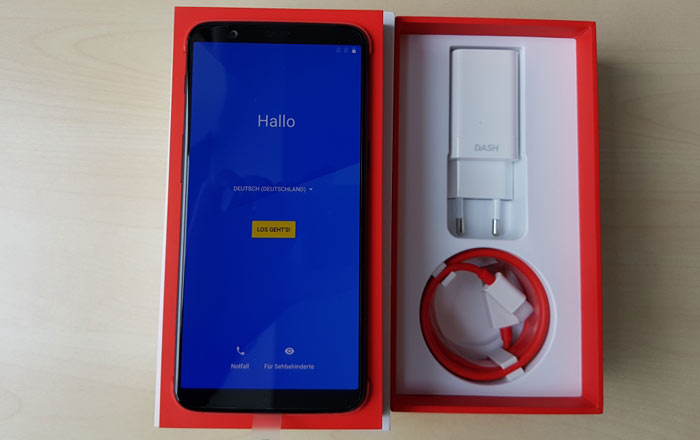 The OnePlus 5T’s arrival is only about a week away, but it looks like the German branch of ZDNet has decided to jump the gun and post an entire gallery’s worth of photos and specs of their review unit. It’s not clear if this is a blatant leak or an accidental upload, but it’s definitely the best look yet at the smartphone.

The first couple of photos show the OnePlus 5T in its unboxed state along with its official cases, while the rest are comparisons to the OnePlus 5, Xiaomi Mi Mix 2, and Galaxy S8. It’s immediately obvious that the upcoming handset will be light on bezels. A detailed specs sheet leak reveals that it’s set to sport a 6.01-inch 18:9 AMOLED 1080 x 2160p panel.

A feature called the Sunlight Display is making its debut in the OnePlus 5T. The built-in software algorithm is supposed to automatically adapt to harsh light for a better viewing experience. The screen contrast changes as per the scenario, adjusting itself when a game is being played, an image is being clicked, a video is being shot, and the gallery is open.

OnePlus has also improved upon the OnePlus 5’s 16MP wide-angle f/1.7 + 20MP telephoto f/2.6 dual camera setup. The latter sticks to the same 20MP resolution, but instead of functioning as a telephoto lens, it serves as a secondary shooter with a f/1.7 aperture for enhanced low-light photography.

Also See: OnePlus 5T to give wireless charging a miss

The snapper has also gotten the benefit of OnePlus’ Intelligent Pixel Technology which merges 4 pixels into 1 in order to reduce noise and improve clarity. With the telephoto lens gone, the company has decided to introduce a new software algorithm to boost the clarity of zoomed-in photos.

Rumored specifications of the OnePlus 5T:

The only mystery left to solve is the cost of the OnePlus 5T. Rumors so far have indicated that it’ll have the same £449/$479/Rs 32999 price tag as its predecessor.