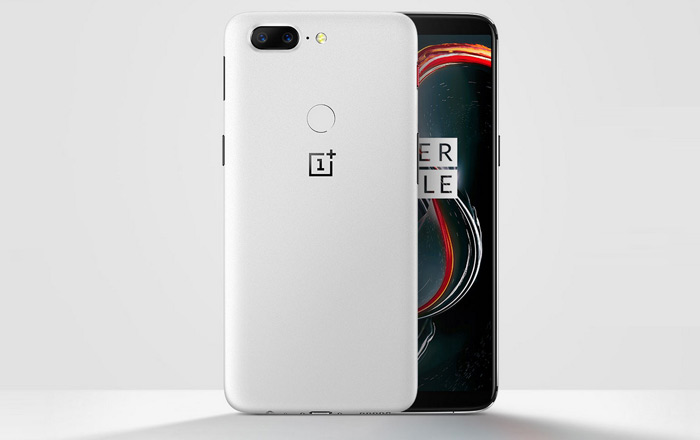 After a series of teasers hinted at a Sandstone White variant of the OnePlus 5T, the brand has finally come out and released the option in a number of markets around the world including the US, the UK, Europe, and China. India’s been left out of the list for now, with no word on whether it will hit the country anytime soon.

Chances are slim though, since the Sandstone White variant looks exactly like the Star Wars version of the OnePlus 5T which has so far been exclusive to India. The only notable difference in the former appears to be the lack of a Star Wars logo at the rear.

The arrival of the Sandstone White Limited Edition is good news for anyone outside India who wanted to snap up the Star Wars variant for its looks and don’t care too much about logos or a Star Wars-focused UI. The back is textured to evoke the classic sandstone feeling of the OnePlus One and OnePlus 2, while a stylish red alert slider adds a pop of color.

OnePlus is making the Sandstone White OnePlus 5T available only in an 8GB of RAM and 128GB of ROM version. The price remains the same as the original Midnight Black model for all markets, so people will have to shell out $559 in the US, £499 in the UK, and €559 in Europe.

The OnePlus 5T Sandstone White Limited Edition will go up for sale on January 9 across the world. You can snap it up via the company’s website.