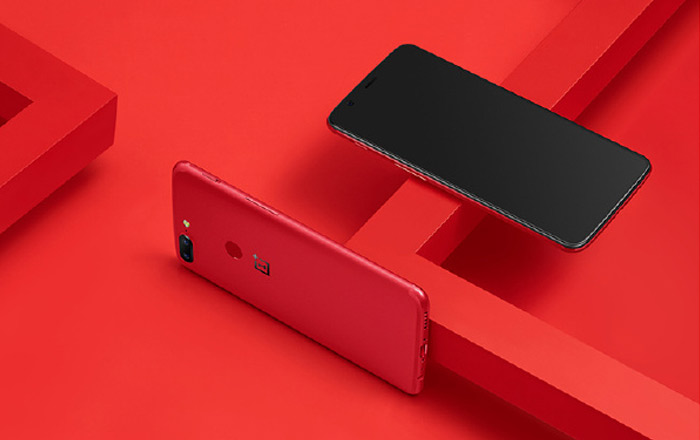 OnePlus has already released the OnePlus 5T in several markets around the world, making it available only in a Midnight Black shade. However, it seems the company had a surprise up its sleeve as it’s announced a limited edition Lava Red model of the phone only for China.

There was no mention of this Lava Red color at the OnePlus 5T’s New York unveiling. The company hasn’t said anything about the variant venturing outside its home base of China, so it may or may not make the trip. The brand does have a history of releasing different versions of its flagship smartphone a few months after launch.

For instance, the OnePlus 5 got a JCC+ offshoot and the OnePlus 3T got a Midnight Black iteration. The latter has now made its way to the official lineup. The fate of the red OnePlus 5T is a bit more uncertain since there’s no guarantee it’ll eventually gain wider availability.

The crimson OnePlus 5T is the same as the international variant in most respects except for one key aspect. It runs on HydrogenOS, not OxygenOS. The former is meant specifically for Chinese audiences, but runs on the same Android 7.1.1 Nougat software.

OnePlus hasn’t priced the Lava Red OnePlus 5T any differently from the Midnight Black version at CNY 2999. The figure converts to roughly $454 or Rs 29230, a tad cheaper than the phone’s $499 and Rs 32999 starting cost in the US and India, respectively.