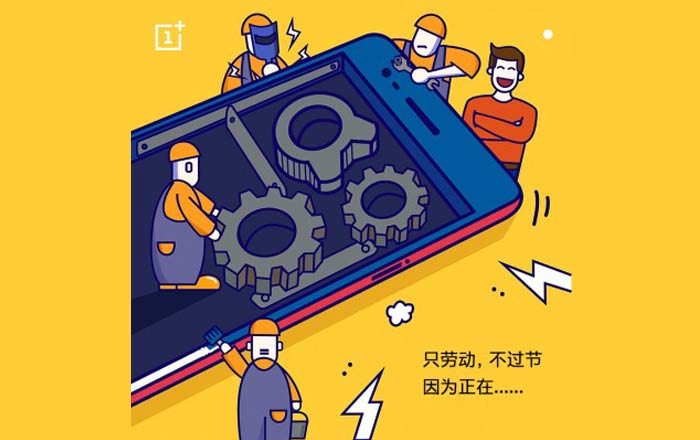 There have been a number of leaks related to the OnePlus 5 over the past couple of months, but nothing official has come out of the company’s publicity machine as yet. However, it appears this status quo has changed thanks to a Weibo post by the brand’s CEO Pete Lau.

Lau’s post features an image of a smartphone being put together by a bunch of construction workers doing things like painting the device and fixing its screws in place. The CEO captioned the post by stating that his employees were working without a break in order to bring about a ‘big surprise’ for its customers.

While there’s no clear mention of the OnePlus 5, the picture is a strong indication that a new smartphone is in the works. No other device by the firm has been rumored to be coming out soon, leaving the OnePlus 5 to be the most obvious option.

OnePlus had notably launched the OnePlus 3 in June last year. The OnePlus 5’s arrival is only about a month away if it sticks to the same timeline this year. Beginning the lengthy process of teasers in May makes sense in that light.

Like most promotional teasers, the one above doesn’t offer much in terms of details. Rumors so far have claimed that the OnePlus 5 will be the first phone produced by the company to feature dual cameras on its back. It may also run on a Snapdragon 835 processor and either 6GB or 8GB of RAM.