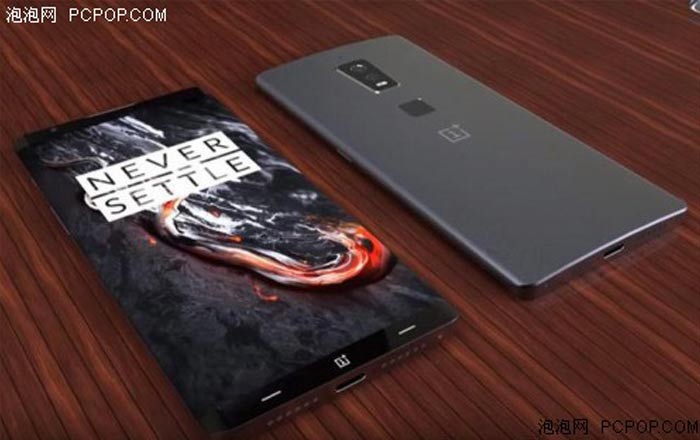 OnePlus is apparently going to follow the 2017 trend of a bezel-free design for its next flagship phone. The look has already been adopted by the likes of Samsung and LG so far, with even Apple reportedly hopping on the train.

Chinese publication PC Pop claims that the so-called OnePlus 5 will feature a 5.5-inch 2K screen up front. The panel is supposedly set to have very little bezel bordering its edges. This has lead to a conundrum regarding the fingerprint scanner since there probably won’t be a physical home key to house it.

OnePlus may resolve this situation by relocating the reader to the back of the device. Interestingly, it seems the company may still make room for capacitive buttons on the front surface, in addition to allowing for on-screen buttons. The render above suggests that the virtual home button will feature the brand’s logo instead of the more common oval shape.

The report goes on to hint that the OnePlus 5 will be 7mm thin. It might get by on a Snapdragon 835 processor, 8GB of RAM, and a 3000mAh battery. As for its photography prowess, there may be a 23MP camera on the rear equipped with OIS skills, zoom, and third-gen fast flash.

Previous takes on the OnePlus device had indicated that the smartphone would borrow another popular Samsung feature, the dual-edge display. The curved screen would be part of an aluminum and glass or ceramic body. There’s also talk of specs like dual cameras, 256GB of ROM, and Android 7.0 Nougat.