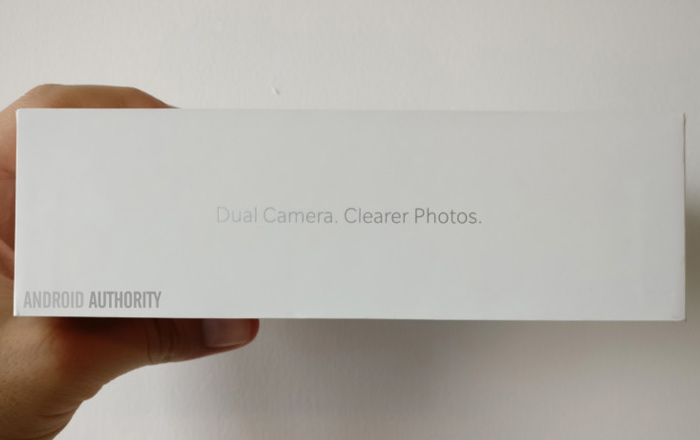 As we get closer to the OnePlus 5’s launch, more and more leaks have started pouring out of the woodwork. The latest batch offers images of its retail box, tagline, and potential cost.

The one thing most OnePlus 5 rumors have in common is the assertion that the phone will boast of a dual camera setup. The new retail box leak confirms this thanks to a message on the side which reads ‘Dual Camera. Clearer Photos.’

Android Authority’s source claims that this is the OnePlus 5’s official tagline. Another source says that ‘Focus on what matters’ and the standard ‘Never Settle’ are also part of the smartphone’s promotional material. Interestingly, the company’s doing a bit of crowdsourcing PR for the handset’s box, asking Weibo users to vote which box is best amongst a number of choices.

Getting back to the twin cameras, OnePlus recently posted a pair of camera samples to its Twitter account asking people to spot which one was taken by the OnePlus 5. The overall intention is to show off the handset’s lowlight camera performance.

It’s possible OnePlus is working on a color + monochrome combination to capture more details in photos, rather than a zoom lens type of setup. The firm’s also teased that its upcoming flagship will have a smaller overall footprint than its previous variant while maintaining the same 5.5-inch screen size.

This probably means the OnePlus will feature narrower bezels than before, a feature which has been hinted at previously. Finally, noted analyst Pan Jiutang recently predicted that the 128GB version of the device will be priced at around CNY 3000 (roughly $440 or Rs 28380).