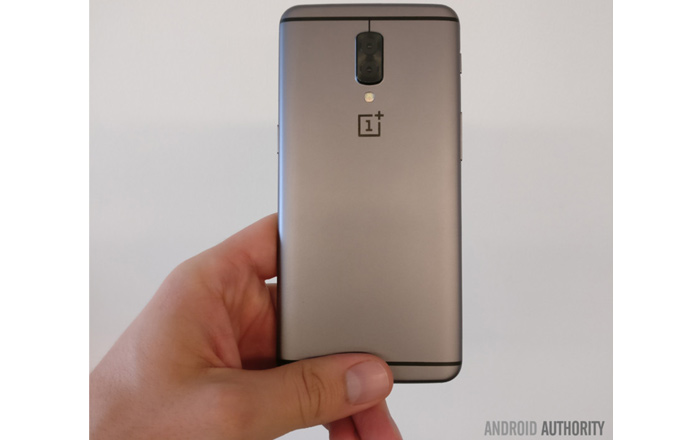 An actual prototype of the OnePlus 5 has just gotten leaked online, confirming several months worth of rumors that the handset will be carrying a dual camera setup on its back. It’s the first live photo of what the phone could eventually end up looking like.

Android Authority stresses that this isn’t the final design of the OnePlus 5. It’s possibly an early-stage prototype, hence the reused OnePlus 3T-esque style. The company may have come up with a different blueprint by now, as evidenced by a sketch which got leaked out recently.

Unfortunately, there’s no corresponding image of the OnePlus 5 revealing its front. Previous leaks have indicated that the firm plans to cut down on bezels and perhaps even introduce dual selfie cameras. Removing the borders raises the question of where the fingerprint sensor will go.

As far as the prototype is concerned, there isn’t a cutout to lay a user’s finger on. It follows that OnePlus is either retaining the home button somehow, adopting a solid state depression underneath the display, or implementing an under-glass solution.

The source behind the leak further offered some insight on the OnePlus 5’s cost, stating that the company is apparently looking at significantly more expensive charges due to components and design. The exact value hasn’t been confirmed yet, but it could go up to $650 (roughly Rs 41650).

The insider went on to state that the higher figure will serve to signal competitiveness with the biggest brands. While the cost can perhaps be justified considering the number of upgrades rumored for the OnePlus 5, the news may still upset fans who are used to the brand’s flagship specs coming in at affordable prices.