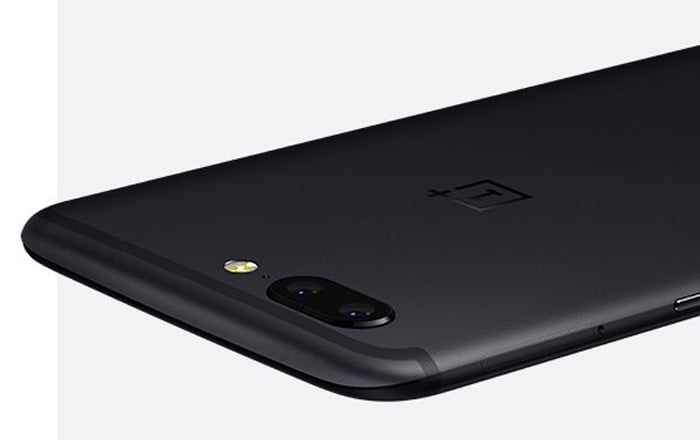 OnePlus has straight-up decided to post an image of the OnePlus 5 via its Twitter account ahead of the phone’s launch on June 20. The photo has arrived amid a deluge of leaks, making it a welcome bit of official news to tide people over until the handset makes its debut.

The tweet shows off the back of the OnePlus 5, confirming that it’ll be carrying a pair of horizontally-positioned dual cameras on its rear surface. As suspected, the handset has a clear iPhone 7 Plus vibe going on, with even its curved antenna bands looking similar to the Apple smartphone.

The teaser is accompanied by a tagline that reads ‘Dual Cameras. Clearer Photos,’ while the tweet itself talks about a continuous hard edge which has gotten refined over the past 3 years. The OnePlus 5 seen above appears to be dipped in the company’s Midnight Black color, which can be taken as an indication that it’ll be a standard option rather than a limited-edition variant.

If accurate, it seems OnePlus is moving towards a more premium approach for its next flagship and abandoning its affordable roots. We’ll have to wait and see whether consumers follow it down its new path or balk at the thought of spending more for upgrades like dual cameras and 8GB of RAM.