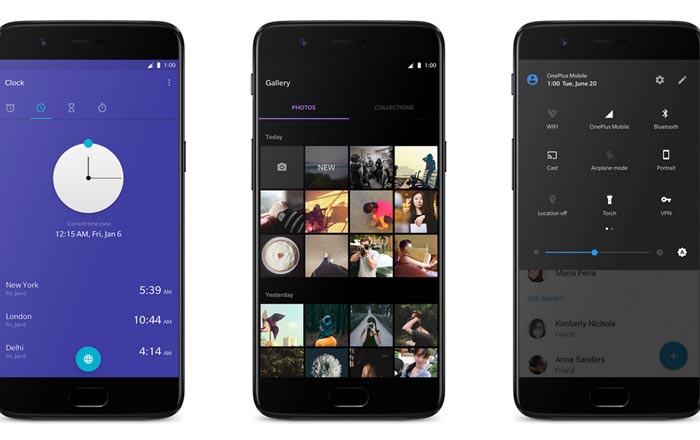 The OnePlus 5 has had a turbulent few weeks, getting Oreo as a Christmas present before it was cruelly snatched away for unknown reasons. The good news is that the update is now back with a freshly tied bow.

Instead of rolling out as OxygenOS 5.0, owners of the OnePlus 5 will see the upgrade coming as OxygenOS 5.0.1 gradually. It’s a staged procession as always, so it’ll take some time to hit all units across the world. The changelog is pretty much the same as before, with the exception of 2 new additions.

One concerns bug fixes for third-party camera apps, while the other fixes network issues for European operators. Either one of these or both could be the real reason why OxygenOS 5.0 was cut down in its prime. A moderator on OnePlus’ official forums recently talked about how the former issue was causing these applications to capture green pictures with the selfie snapper.

OnePlus is warning people that any OnePlus 5 with an unlocked bootloader will fail if it tries to update to Oreo. It’s asking them to backup their data and re-lock their device, noting that this will wipe away everything. Users will be able to continue with the promotion once this has been over and done with.

The OnePlus 5T will soon follow in its predecessor’s footsteps. It’s currently in the midst of its own Oreo experiment via the OxygenOS Open Beta 1. The company will hopefully avoid making the same mistakes and ensure a smooth error-free rollout the first time round.