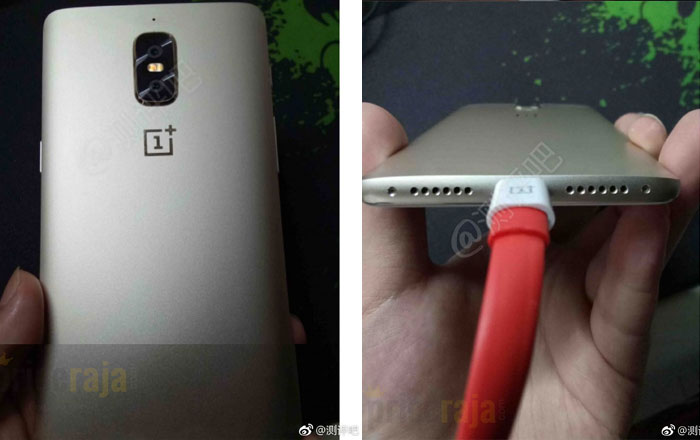 Yet another OnePlus 5 prototype has showed up on the internet, this time featuring a slightly different design from the last one. The dual cameras are intact, but it seems the 3.5mm headphone jack has been tossed off.

Delving into the twin snappers first, the module looks pretty different from the setup in the earlier OnePlus 5 leak. The dual-LED flash unit is located in between the lenses rather than at the bottom. Moreover, there aren’t any antenna lines in sight, a big change in terms of design when compared to the OnePlus 3T.

A second photo provides a hands-on look at the bottom of the alleged OnePlus 5. The headphone jack is clearly missing from its usual spot, with only dual speaker grilles and a red dash charging cable visible. No third live snap of the top exists, so we can’t rule out the possibility that the company has moved the port there.

Eliminating the headphone jack will likely upset a lot of people who don’t want to be saddled with using the USB Type-C port to listen to music or having to utilize an adapter to use their regular 3.5mm headphones. We’ll have to wait and see what OnePlus has in mind when the device comes out presumably at some point in June.

In actual official news, OnePlus has announced that it’s teaming up with DxO to enhance the photography skills of the OnePlus 5 for clearer images. The latter is best known for the DxOMark benchmark, but is also famous for professional camera expertise.

Details on what the partnership will entail aren’t being shared right now. The team effort bodes well for the OnePlus 5’s dual cameras. The brand is hopefully working on something more unique than what we’ve seen of twin shooters so far.