The OnePlus 5’s jelly-like scrolling effect has taken the internet by storm ever since it came to light, with people offering various explanations over its origin. One of the most persistent narratives is that the company mounted the display upside-down for some reason.

XDA Developers has now gathered up solid evidence that an inverted screen really is the culprit behind the whole mess. Firstly, a developer named SultanXDA dug into the OnePlus 5’s kernel source code. He found a line of code for the display controller to correct the 180 degrees orientation by 180 degrees.

Another developer named eng.stk backed this up by comparing the display matrix of the OnePlus 5 and OnePlus 3T. If a person mergers the former’s panel code with the latter’s, the older device’s display flips in the opposite direction. 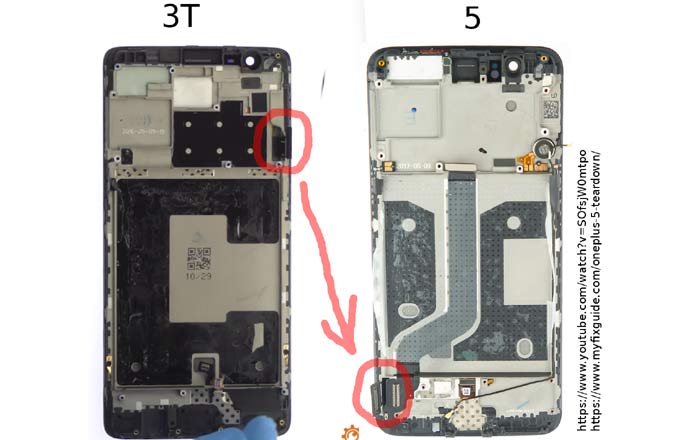 Finally, a Reddit used named Tasssadar compared teardowns of the two and found that the OnePlus 5’s display controller IC has indeed been pushed to the bottom. The brand itself hasn’t confirmed this as yet, but the evidence is pretty clear that a deliberate decision was made to turn the panels upside-down.

As for why OnePlus would do this, it’s likely because of the smartphone’s dual cameras. The firm had to do something to accommodate the extra lens and it probably determined that turning the panel around was the best way forward.

Last we heard, OnePlus was sticking to its guns, stating that the jelly-like scrolling was natural and there was no variance between units. This is true, since every OnePlus 5 likely has a flipped screen, making the effect a natural consequence of this orientation.

Whether or not you buy or keep the OnePlus 5 is entirely dependent on how bothered you are by a screen bunching up together and stretching when scrolling up and down. If you’re part of the latter group, you have 15 days to decide whether you want to give it back as per the company’s return policy.