The OnePlus 5 is finally here to dazzle everyone with its dual cameras and massive 8GB of RAM. Turns out most of those leaks were pretty accurate after all, covering its iPhone 7 Plus-inspired design and top-of-the-line Snapdragon 835 processor.

Major upgrades come at a major cost though, with OnePlus choosing to up the stakes by slapping a $479 (roughly Rs 30960) price tag on the Slate Gray 6GB/64GB variant and a $539 (approx Rs 34830) one on the Midnight Black 8GB/128GB model. The main question now is whether the device is worth the extra cash.

OnePlus is hoping the OnePlus 5’s photography prowess will do the trick, touting that the handset features the highest resolution dual cameras in the world right now. The module consists of a 16MP Sony IMX 398 wide-angle f/1.7 lens and a 20MP Sony IMX 350 Telephoto f/2.6 lens. OIS appears to be missing, with only EIS accompanying the former. 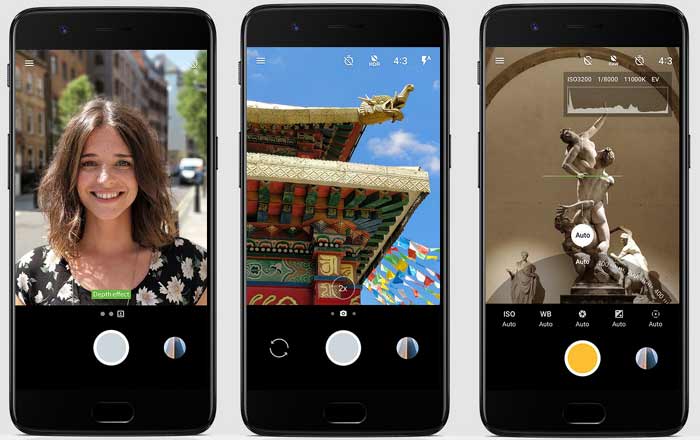 Together, the two allow for a Portrait Mode which blurs out the background to keep the subject in focus and clear images even when zooming in. There’s an all-new Pro Mode that lets users adjust parameters like the shutter speed and capture RAW photos. Autofocus speeds have gotten a 40% boost over the OnePlus 3T.

The OnePlus 5 is also thinner than its predecessor at 7.25mm only. Its battery life has apparently improved by 20% in spite of having a smaller 3300mAh battery. The brand’s signature Dash Charge technology is ever-present to promise a day’s power in half an hour.

In terms of software changes, OxygenOS has gotten hold of a Reading Mode which optimizes the screen via gray-scale mapping and blue light filtering. Gaming DND Mode mutes notifications and temporarily disables soft keys so owners can concentrate on a game or app. A Secure Box tool safely stores private media and documents with a fingerprint or PIN.

The OnePlus 5 was up for grabs via a special Early Drop sale immediately after its launch, but it seems the handset has gone out of stock in the US now. It’ll hit wider availability on June 27. The brand plans to drop the flagship phone in India on June 22 and kick off sales at 4:30 pm via Amazon that same day.