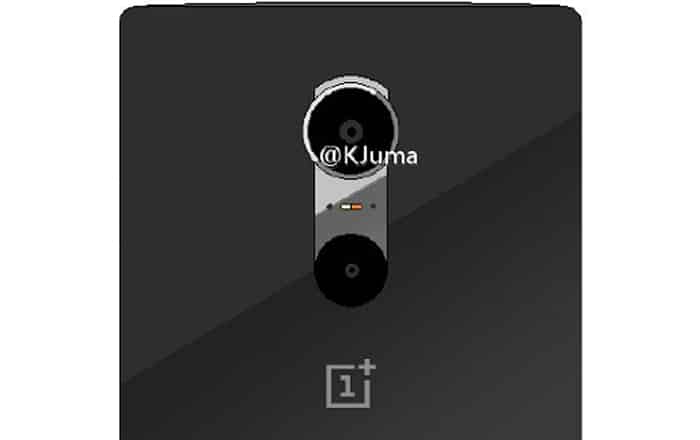 In spite of the launch of the OnePlus 3T being just around the corner, talk about the company’s next flagship handset the OnePlus 4 has already begun popping up again. Rumor has it that the brand will implement a brand new dual-camera system for the upcoming phone.

The Weibo leak responsible for the fresh round of speculation isn’t sure what the device will be called yet, referring to it as the OnePlus 4 (5?). The render depicts the twin-snapper system it might possibly carry. Intriguingly, the two lenses may support AR (Augmented Reality) and MR (Mixed Reality).

Sporting AR and MR capabilities would probably help the OnePlus 4 stand apart from other flagship handsets. It may even resemble Lenovo’s Phab 2 Pro AR-ready smartphone in some way. Other interesting specs include having a whopping 8GB or 6GB of RAM, a 4000mAh battery, 128GB of internal room, and a 5.3-inch AMOLED display which will probably output a 2K resolution.

In terms of design, the report claims the OnePlus offering will feature a glass-made body. It could also sport a Snapdragon 830 or 835 processor. It’s not entirely clear whether the company will launch a phone with either of those SoCs or two separate variants packing each.

It’s still early days for the OnePlus 4, so it’s best to take the news with a pinch of salt. Past speculation has alleged that the device will be coming out in June or July 2017 and run Android 7.0 Nougat straight out of the gate.