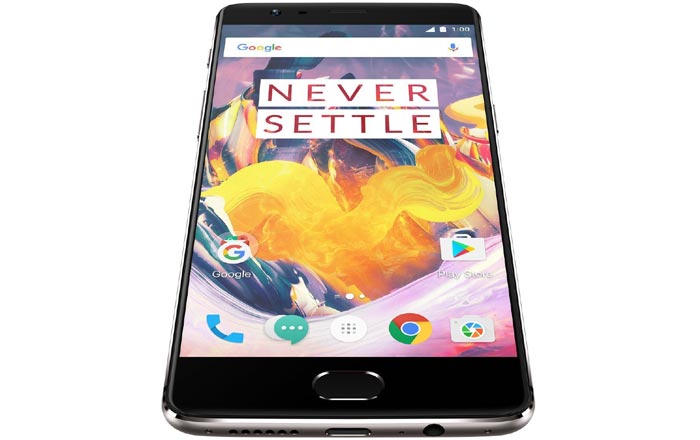 The OnePlus 3T is now available for purchase in India via Amazon in its 64GB and 128GB iterations. However, only the new Gunmetal color option is currently up for grabs as of now.

OnePlus had previously clarified that the other Soft Gold shade would land in the country at a later date. The smartphone is priced at Rs 29999 for its 64GB model and Rs 34999 for its 128GB one. It’s being bundled with a Kindle offer which gives away Rs 500 worth of eBooks and a Vodafone deal which serves up 14GB of additional data after buying 1GB.

The second will get activated after December 20. Interested buyers also stand a chance to win 100% cashback if they purchase the OnePlus 3T via Amazon’s app anytime between December 14 and 15. The online retailer notes that the device will be in stock starting from December 16.

Amazon is at present offering an exchange deal to cut down on the cost of the OnePlus 3T. It should be noted that the handset ships with Android Marshmallow out-of-the-box but will be updated to Nougat sometime in December itself along with the OnePlus 3.

Specifications of the OnePlus 3T at a glance:

Like we said above, you can buy the OnePlus 3T via Amazon India.