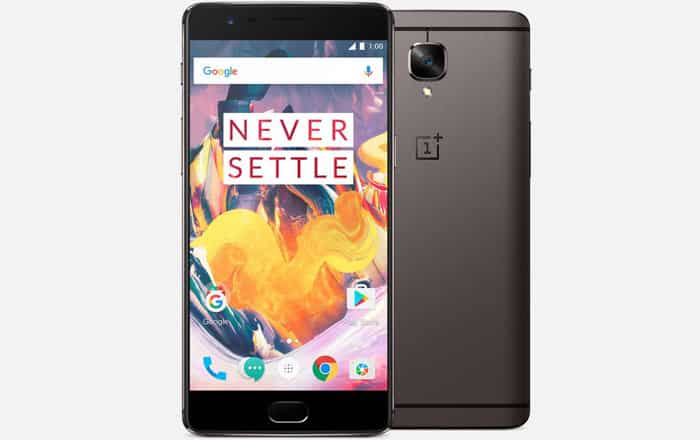 OnePlus has finally made the OnePlus 3T official after weeks of teasers and rumors talked about the phone at length. As expected, the new smartphone is an upgraded version of the original with spec upgrades scattered across a few key areas.

For starters, the OnePlus 3T runs a faster Snapdragon 821 processor as compared to the Snapdragon 820 SoC running at the heart of its previous variant. Secondly, the newer device gets the benefit of having two storage options namely 64GB and 128GB.

Interested buyers will also get to choose from a new color choice dubbed Gunmetal, alongside Soft Gold. There’s also a bigger 3400mAh battery pumping out power to the OnePlus 3T, a significant boost given its predecessor’s 3000mAh one. The company’s imbibed the former with its useful Dash Charge technology as well, guaranteeing a day’s worth of power within 30 minutes.

OnePlus has also gone ahead and replaced the previous 8MP selfie camera with a 16MP one. The module has been blessed with a Samsung 3P8SP sensor which boasts of a smaller 1nm pixel size. It’s also gotten phase detection autofocus and 1080p video recording skills.

While the OnePlus 3T currently runs on Marshmallow, the brand promises it will roll out Nougat for the handset and the OnePlus 3 before the year is up. It’s also pledged to beam out updates for both at the same time. OxygenOS has further been given a do-over, with the company asserting that it’s now faster, cleaner and more customizable.

Specifications of the OnePlus 3T at a glance: