The OnePlus 3 has had severely mixed reviews since its launch, with some lauding it as one of the best Android phones to buy, to others harshly criticizing it for a few glaring issues. The brand’s co-founder Carl Pei has now lashed out at the latter group, but is still promising to send out an update which will resolve their hangups.

Two major issues which reviews and users of the OnePlus 3 are highlighting right now are the phone’s RAM management skills and inaccurate display. Both are apparently going to be fixed through an upcoming software update. According to Android Authority, this special OTA build will be pushed out to review units first in order to gather feedback before hitting general consumers. 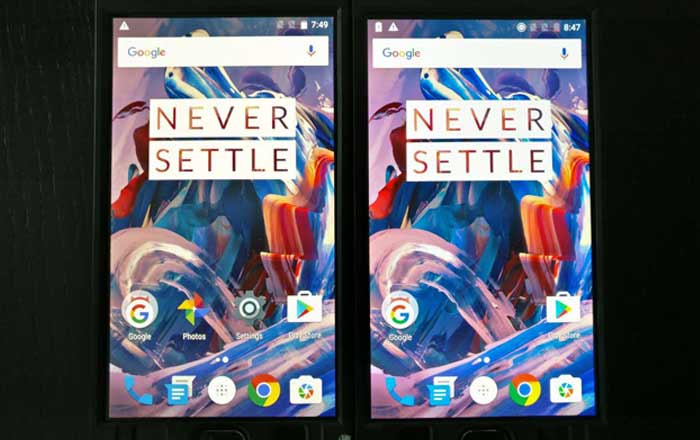 Oxygen OS version 3.1.4 will introduce an sRGB mode which can be activated by heading to Settings and diving into Developer Options. Switching this feature on will supposedly tone down the colors shown by the OnePlus 3. This seems to be in response to an AnandTech reviewer’s opinion that the handset had the worst display he has ever examined.

Carl Pei appears to have taken the criticism to heart, claiming that it was never OnePlus’ intention to tune the smartphone’s display to sRGB in a Reddit thread. He seems to particularly insulted by speculation that the company opted to cut costs on the screen to keep the price down, a rumor which Pei has debunked.

OnePlus’ community manager Adam Krisko has now uploaded 2 images showing side-by-side comparisons of the new sRGB tool, with the less saturated mode on the left and the default setting on the right. The second part of the update deals with RAM. It’ll supposedly relax the brand’s aggressive RAM policy which resulted in only a few apps running despite there being over 6GB of RAM.

A quick recap of the top specs of the OnePlus 3:

OnePlus had previously insisted that this had been done to save on battery power, but it seems to have changed its mind. It also promised that the new software will load games faster. Other than these two major changes, the OnePlus 3 upgrade will also introduce other as-yet unknown optimizations.