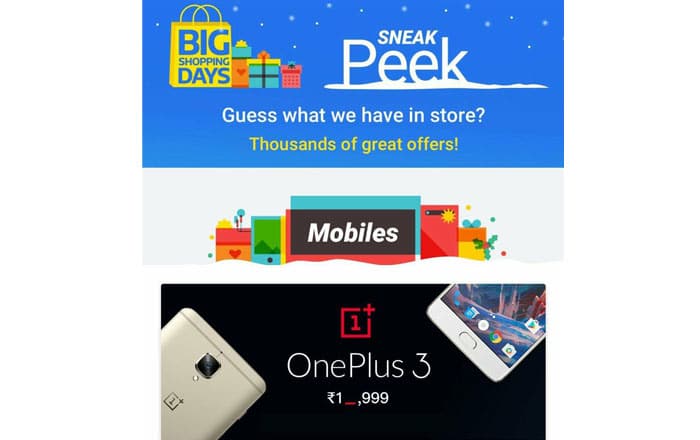 A big controversy has just erupted, even as the OnePlus 3 has been touted to arrive on another website by breaking its exclusivity to Amazon. Flipkart has put out a tweet to tease its arrival on its portal, and has already received a rebuttal from OnePlus co-founder Carl Pei.

What’s more important though is that the teaser image is showing that the price of the OnePlus 3 on Flipkart will be less than Rs 20000. That’s a huge deal considering that Amazon is selling the device at Rs 27999. The e-commerce portal is perhaps referring to refurbished models of it, but nothing is certain at this point.

Responding to a tweet by Flipkart announcing the OnePlus 3’s arrival for its upcoming Big Shopping Days, Carl Pei questioned ‘what’s this?’ He also added that the handset is exclusive to Amazon in India to make his point clear. While this seemed to some like a publicity stunt at first, both companies released statements later to convulate the mystery further.

A look at the specs of the OnePlus 3:

Through its statement, Flipkart has argued that the prices and discounts of its products are decided by its participating sellers and brands. As for OnePlus, it has encouraged buyers to only purchase the device ‘through official channels.’

It now remains to be seen what happens next in this new OnePlus 3 story. We’ll have more on it when additional details are out.