OnePlus 3 shown off from all angles in new leak

A flood of new pictures depicting the OnePlus 3 from all angles have begun making the rounds on the internet. The handset looks strikingly different from its predecessors, getting rid of the mainstay Sandstone finish in favor of a more sleek metal design.

From the looks of things, the OnePlus 3 looks eerily similar to HTC offerings like the One M9, right from the antenna bands on the back to the square-shaped camera module. Unfortunately, there’s no way to authenticate whether the Weibo-sourced images are accurate or not.

However, they do fall in line with what we’ve previously seen and heard about the OnePlus 3. The brand’s CEO had previously confirmed that the phone will feature a completely new design. Based on the snaps, the company has done exactly that, albeit with a sprinkle of some HTC-inspired style. 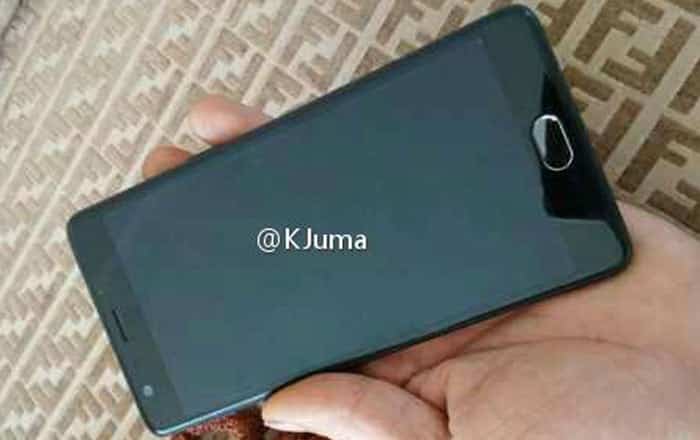 GizmoChina has also pointed out that the front panel of the handset looks almost identical to Meizu’s blue charm series which have an oval home button. The unit will likely do double duty as a fingerprint scanner, given the fact that there isn’t a fingerprint sensor unit on the rear surface of the smartphone.

Specs-wise, the OnePlus 3 is set to offer USB Type-C connectivity and a 3.5mm headphone jack. The speakers and microphone are located at the bottom of the phone, while the top of the handset is port-free. The photos also show off a toggle switch on one side of the handset. The other side hasn’t been photographed, but the volume and power button will probably be residing there.

It should be noted that the new set of pictures are possibly of an engineering prototype. The final OnePlus 3 may sport a different look. It’s set to come out by the end of the second quarter of 2016.