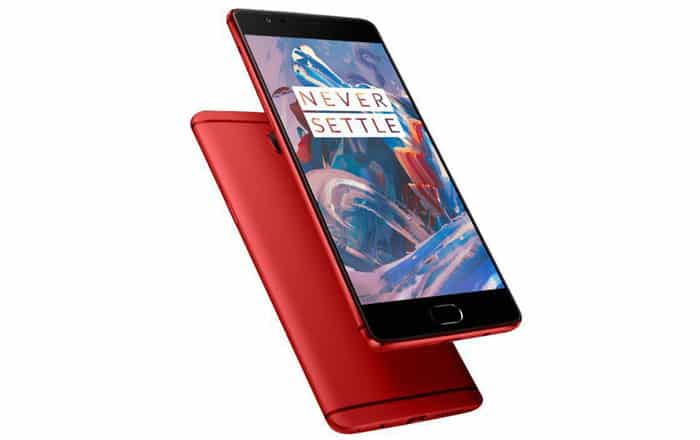 Fresh evidence of the OnePlus 3’s existence as a red colored model has just been spotted. If this variant turns out to be real it will join the graphite and soft gold color options of the smartphone that already exist.

It is being said that the red OnePlus 3 was accidentally listed on the company website for some time. A Twitter account named The Malignant managed to get a screenshot of this listing to give us our first look at this particular model.

As we know, only the graphite colored variant of the OnePlus 3 has been released so far. The Chinese firm has said that the soft gold option will be arriving by the end of July, but there’s no official word on if or when a red variant will be released.

A quick glance at the main specs of the OnePlus 3:

This new handset has been well received since its launch. It has been appreciated for its sleek metal body and its high-end specs that are offered at a very low price. The OnePlus 3 costs Rs 27999 in India and $399 in other territories.

It improves over its predecessor in many areas, but the two major additions that weren’t part of the OnePlus 2 include NFC and fast charging support. Plus, there are several other upgrades that make it a worthy successor to last year’s model.

Like we said, there is no official information about the red colored OnePlus 3 variant. We’ll have more on it when we have something substantial to share about this phone.