A number of big companies have unveiled their powerhouse smartphones for this year, but the OnePlus 3 could very well end up spoiling their party. Expected to be launched in the near future, this Chinese handset has now leaked via alleged pictures that show its external design. Moreover, apparent photos of its various retail boxes have also popped up online.

Leaked images of the OnePlus 3 appear to show the front as well as rear surfaces of the upcoming smartphone. While the front appears to be standard affair, the rear seems to have taken a number of design cues from HTC handsets.

Anyway, at the front, we still have the fingerprint scanner that’s present on the OnePlus 2. It hence won’t be wrong to believe that the next-gen device will also have its fingerprint scanners double up as home buttons. A few software traits from Oxygen OS enable you to choose whether you want to use on-screen navigation buttons or the physical ones at the bottom.

Here’s a quick peek at the leaked specs of the OnePlus 3: 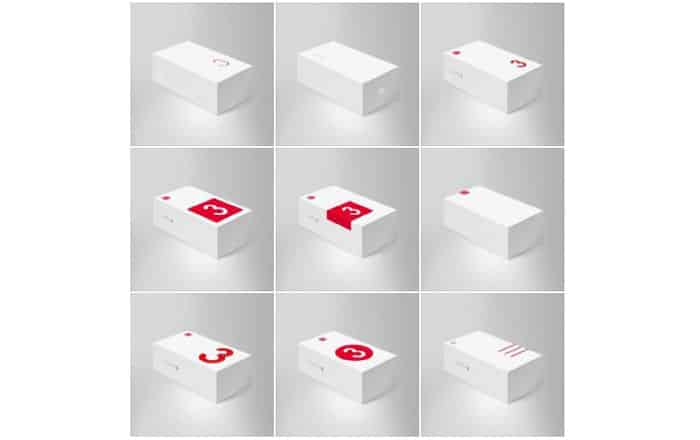 Which brings us to the software on this particular handset. One of the pictures clearly states that Oxygen OS 3.0 is what’s powering the OnePlus 3 which is no surprise. For those unaware, this version of the company’s very own software is based on Android 6.0 Marshmallow.

A number of alleged images of the OnePlus 3’s retail boxes have also popped up. These indicate that the device could go for multiple packaging options or it could adopt one of these once the design is finalized.

The OnePlus 3 is expected to be unveiled later this month, but there’s no firm date to look forward to yet.