OnePlus 3 gets snapped in the wild

The OnePlus 3 is all set to be launched tomorrow and has already been leaked extensively in the run-up to its grand VR unveiling. However, that hasn’t stopped a major image leak giving us a closer look at the handset on the eve of its debut.

These new live snaps of the OnePlus 3 have been sourced from Weibo and discovered by serial leakster Steve Hemmerstoffer. They certainly appear to be the real deal, with the hands-on photos falling in line with what we’ve seen in previous leaks. 2.5D glass can be seen on the front surface of the device, in addition to a physical home button likely doing double duty as a fingerprint scanner. 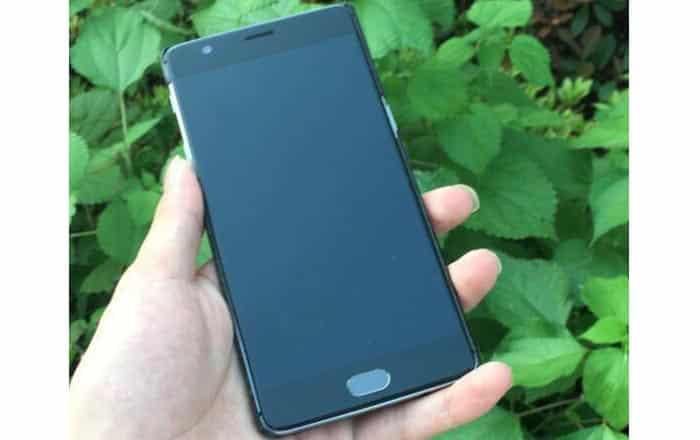 As for the back, it’s the same HTC-inspired prominent antenna band look which has been spotted time and again when it comes to OnePlus 3 leaks. It features a prominent camera module accompanied by a single LED flash unit. Speculation so far has indicated that this will be a 16MP unit. It could also be paired with an 8MP selfie snapper.

Also Read: Cyanogen 13.1 release brings MODs to the OnePlus One

OnePlus is apparently going to sell the upcoming handset in 3 storage variants namely 32GB, 64GB and 128GB. Interested buyers will also get to choose between 4GB and 6GB worth of RAM. This means there might be 6 versions of the smartphone up for grabs, though whether all of them will be available right off the bat has not been confirmed.

Other rumored specifications for the OnePlus 3 include a 5.5-inch 1080p display, a 3650mAh battery equipped with fast charging capabilities, USB Type-C support, Android 6.0 Marshmallow, and a quad-core Snapdragon 820 processor. The 32GB/4GB version could be priced at $369 (approx Rs 24700).