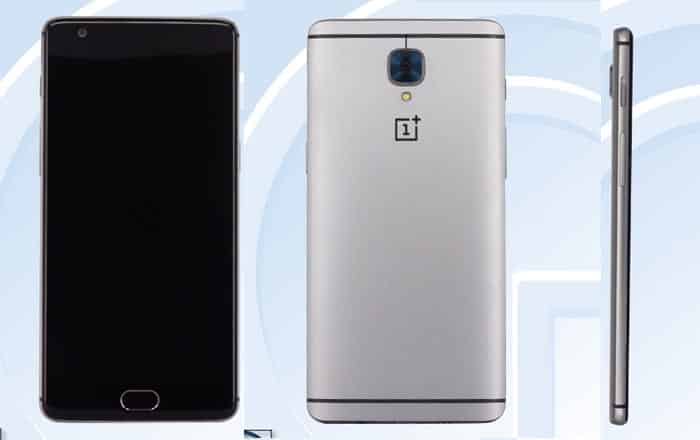 We are being treated to leak after leak about the OnePlus 3 smartphone, and the latest one tells us that it could indeed have a 6GB RAM version, as was rumored before. This information has come via a fresh TENAA listing which has talked about two models of the device, with the other one offering 4GB of RAM.

This phone will most likely grab a full metal body, the back surface of which looks pretty similar to that of HTC handsets of the past. A 3000mAh battery will apparently be pushed inside it by OnePlus, while processing will be taken care of by the powerful Snapdragon 820 chipset.

Also read: Here’s how you can get the OnePlus 3 before anyone else

The 3 handset will feature the Android 6.0.1 Marshmallow-based Oxygen OS 3.0 software, which is no surprise. Apart from a fingerprint scanner, it will also supposedly kick in NFC compatibility which was absent on the OnePlus 2 for some reason.

As per rumors, the camera setup of the OnePlus 3 will include a 16MP rear shooter and an 8MP selfie unit. Its screen will be 5.5 inches in size, and will display its visuals in 1080p full HD resolution, again giving the Quad HD standard a miss.

The OnePlus 3 is most likely to be unveiled on June 14. The company will be holding a special event inside a virtual reality space station on this date.