The unveiling of the OnePlus 2 is just days away from now, and its maker is continuing its tradition of revealing details about the smartphone in a bit by bit manner. In quite a surprising move, it has equipped the upcoming device with a USB Type-C port, making it the first handset in the world to adhere to the new standard.

Owners of the OnePlus 2 will be able to take advantage of this port while charging the device as well as connecting it to a PC. The great part about a USB Type-C port is that it’s reversible, and hence saves you the frustration of plugging in your cable again and again to find the right side. Here, both the sides are the right side.

One big disadvantage is that those to decide to buy the 2 will need to always carry their chargers with them, as the microUSB cables that can be found everywhere right now won’t be compatible with the handset. It has been reported that the Samsung Galaxy Note 5 which is expected to be launched in September this year will also be sporting a USB Type-C port. 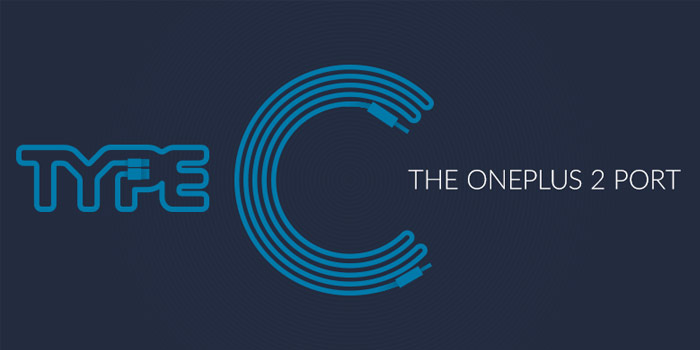 OnePlus has even revealed that its new smartphone will come with the Snapdragon 810 chipset onboard. This SoC bears an impressive octa core 64-bit setup, but it has indeed been experiencing heating issues on select handsets.

Let us now wait for some more details about the OnePlus 2 to be outed before the handset is finally made official by the Chinese company, much to the delight of fans. Our guess is that the new ‘flagship killer’ will be unveiled during the first week of July.