OnePlus 2 Review: Would you Settle?

OnePlus has not at all been careful while picking the tagline for its new smartphone which has not surprisingly been named 2. When you’re calling a device the ‘2016 Flagship Killer’ and not offering stuff like a Quad HD display, a more than 13MP camera and even something as basic as NFC, you’re extremely likely to invite some ridicule. But those being the things that the device doesn’t have, the most fitting thing to do will be to ignore the tagline and focus on what it does have. These include a fingerprint scanner, a USB Type-C connector, dual SIM card slots, a sleek metal design and other attractive offerings. Let’s come straight to the review and have a look at what the device has on offer.

The OnePlus 2 feels really good in the hands. While part of this is due to its metal frame, credit also goes to the sandstone black surface that was introduced by its predecessor. The metal frame boasts of being made from an aluminum and magnesium alloy, and that makes it extremely durable and scratch-proof. Both the power button as well as the volume rocker sit on the right hand side of this device; so the left side has been reserved for an Alert Slider designed to take full advantage of the three notification profiles that were introduced by Android Lollipop. Yes, OnePlus has decided to dedicate a full-blown, tactile button for a feature that was originally meant to be software-only.

At the phone’s bottom end, you’ll spot speaker holes that are divided by the nifty new USB Type-C port which has its own pros and cons. On the plus side, you can plug the cable into the smartphone both ways, but a huge disadvantage of it is that you’ll need to carry your charger around wherever you go, as normal micro USB chargers will of course not work with Type-C ports. And then there’s the fingerprint scanner which also works as a home button. This key is a capacitive one, so don’t expect it to give you the old school tactile vibe.

On the rear surface of the 2 smartphone, you’ll spot the camera setup sitting above the company logo. Style Swap rear panels that need to be purchased separately will result in a drastic change of appearance for the phone. The device’s 13MP rear snapper is accompanied by a dual LED flash, an f/2.0 lens, laser autofocus as well as optical image stabilization. A 5MP front camera has also been granted to it to keep the selfie enthusiasts a happy bunch.

Before we knew it, displays more than 5 inches in size became the standard for flagships devices. The OnePlus 2 has played safe by adopting a 5.5-inch panel which today falls in the neither too big nor too small segment. This LCD In-cell display adopts 1080p full HD resolution. ‘We care about user experience, not inflating our spec sheet with meaningless numbers’ is what OnePlus’ response is to the obvious queries on why the ‘2016 flagship killer’ doesn’t have a Quad HD display. But it’s not a war of resolutions here; what matters is how the panel performs, and we’re pleased to say that it performs quite well. It’s bright, and despite being vivid is not overly saturated. It’s got some superb viewing angles as well.

The speakers on the 2 are located on its bottom end just like on its predecessor. Now this placement is way better than having them perched on the rear surface, but you’ll need to spend some time with the device in order to get used to not covering the speakers with your palms while holding it in landscape mode. The sound output of the phone is crisp, and can get quite loud if you crank up the volume rocker. There are specific profiles designed to optimize the output during certain situations. Let’s talk about them later.

The user experience of the OnePlus 2 is defined more by its software than its hardware. The high-profile Cyanogen OS has been ditched by the company for its Oxygen OS which is focused on giving you a pure Android experience and complementing that with powerful enhancements. And that’s the most perfect way to describe Oxygen OS. It never makes a stock Android enthusiast feel out of place, but also offers some really interesting traits to play around with. The subtle nature of these changes gives us an impression that the company has treaded the path very carefully.

Its major highlight is a feature named Shelf which can be accessed by swiping left on the homescreen. It automatically places frequently used apps and contacts on its shelves for easy access. It moreover even gives you weather details and lets you add widgets of your choice. With Oxygen OS, you can also take advantage of a dark theme which turns backgrounds into grey ones. But the most useful and clever among all the features is the ability to switch between on-screen and off-screen buttons.

The speakers of the OnePus 2 are powered by Waves MaxxAudio, and the software is hence able to provide you with a set of preset audio profiles. These easily accessible settings help you tailor the sound output based on whether you’re listing to music, viewing movies or playing games. One other phones, you will have to wait until Android 6.0 Marshmallow arrives in order to receive access to granular app permissions, but with this phone you’re getting them on Lollipop as well. Using a special option in the Settings menu you can decide upon exactly the areas you wish for a particular app to gain permission to access.

Oxygen OS also comes with support for gestures. The popular double tap to wake gesture will be appreciated by many, but there are other useful ones as well; like the ability to start the flashlight by drawing a ‘V’ on the screen, or the ability to start the camera by drawing an ‘O’ on the screen or by double tapping the home button and more. Another neat little touch is the feature that lets you change the accent colors of the interface. It’s these small things that turn stock Android Lollipop into Oxygen OS. The software experience on this phone is hence quite a pleasing one.

We have to admit, the OnePlus 2 has left us quite impressed with its 13MP rear camera. This unit excels in capturing accurate colors, while at the same time delivering highly detailed images when in adequately lit conditions. We didn’t find the laser autofocus system to be as fast as it’s touted to be, but it’s definitely a great ally for those who like point and shoot photography. However, aggressive focusing will spoil your videos a great deal. Have a look at the sample video in the space down below to see how many times the focus adjustment occurs within a span of just 16 seconds.

This camera’s low-light performance is decent to say the least. It strives to bring you natural colors rather than adding more light to the scene. Although backgrounds lose their details due to noise, the camera manages to keep focused subjects sharp somehow, which is a big achievement. OnePlus’ Camera app stays very true to the Google Camera app, meaning the annoying slide-out menu is present here as well. But you are at least getting quick toggle switches for flash, switching between the two cameras and the self timer. A bothersome thing about this app is that it makes it extremely difficult for you to close it when you’re using software buttons. The 2 comes with support for slow motion videos at 720p HD, but they’re nowhere close to the kind of clips the iPhone devices offer. 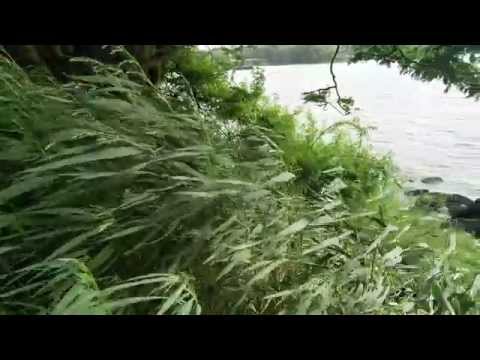 The OnePlus served us well with the speed needed for quick multitasking. After all, there’s a whopping 4GB of RAM inside it, apart from the Snapdragon 810 chipset with its octa core prowess. But with the high speed come the heating issues that have marred this Qualcomm SoC since day one. Expect random heat-ups to greet you every now and then when you’re using this phone. At times, the heat got so unbearable that we stopped using the device in annoyance. Such instances were encountered by us at least once every three days. At other times, the heat was handled well by the device; with some throttling of course. It benchmarked on AnTuTu at 61276 to beat the Xiaomi Note Pro, the Xperia Z4 and the Nexus 6, while it scored 31141 on Quadrant Standard Edition during our review.

The OnePlus 2 packs a 3300mAh battery. Between powering its large display and distributing power to the innards, it reserves enough usage time for lasting a full 12 hours. But problems start when you move even slightly out of a standard usage pattern. Let’s say you play a heavy game for a while or watch some high resolution videos, you’ll need some charging in order to get through the entire day. The fact that there’s no quick charging support doesn’t help in your quest for satisfying a battery experience either.

– Excellent package at the given price.

– No basic features like fast charging, NFC and wireless charging.

Yes, the OnePlus 2 is a pretty nice phone, but its positioning is something we have serious issues with. When you want your phone to be considered the ‘2016 Flagship Killer’ (2015 would have sounded much more modest) and are not even equipping it with features like NFC, wireless charging, fast charging, a Quad HD display and more, you’re somewhere being very aggressive with your messaging. The fact is, this is an excellent phone for the price you’re getting it at (Rs 24999), but there are several gripes that stop it from being a respectable high-end offering. And moreover, it’s a huge task to buy it as well, thanks to the invite system. Basically, OnePlus has come up with a neatly designed device that lacks polish in a lot of areas. We’re going with 3 out of 5 stars.