We are yet to officially see the OnePlus 2 smartphone but we’re getting to know important aspects of it every other day. We’ve now learned that the phone features a 3300mAh battery inside it, which is a larger power pack if compared against its predecessor’s.

Whether this means better battery life for the OnePlus 2 is of course not certain, since it depends on a number of other factors than just the capacity. However, it has indeed been revealed that despite carrying such a high-capacity power pack, the device’s size is smaller than that of the OnePlus One.

Does this mean that the upcoming handset will be going for a smaller display? This is likely, but there is also the possibility of the company keeping the screen size the same – 5.5 inches – and just cutting down the fat surrounding it. Whether the display will be QHD or full HD is another matter that’s open for debate. 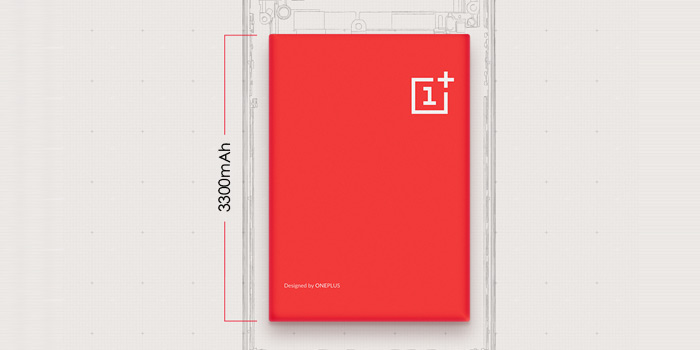 Also Read: Cyanogen OS 12 finally starts rolling out for the OnePlus One

The device is expected to be blessed with a metal build, while it’s even supposed to house a highly advanced camera. Some of its confirmed specs include a fingerprint scanner, an octa core Qualcomm Snapdragon 810 processor, 4GB worth of RAM, and a USB Type-C connector.

The exact price of the OnePlus 2 will be announced during its launch on July 27, but we already know that it will stay below the $450 mark.