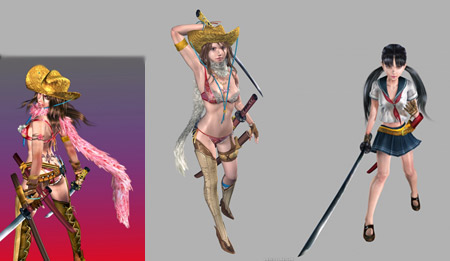 D3Publisher has announced Onechanbara: Bikini Samurai Squad, its latest game for the Xbox 360 console. The game features a bikini samurai squad which consists of sisters Aya and Saki, who must fight hordes of zombies that have plagued their city.

The Onechanbara: Bikini Samurai Squad game can be played with a partner in Co-op Mode as well as in single player mode. Gamers can switch between any of the beautiful playable characters in the single player mode. Each of the character has unique moves, which can be mastered in the process of combating.

Getting too much blood on either of the sisters will drive them into Rage Mode, by doing so the player gains more power thus destroying the zombies faster.