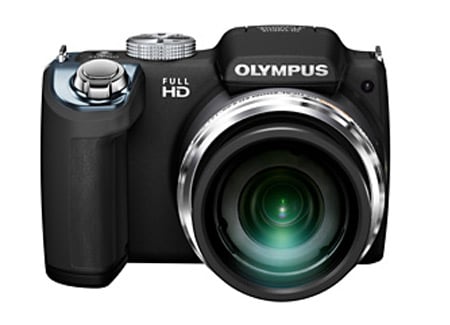 August 31 has been marked as the Olympus SP-720UZ release date, but pricing for the same is still to be revealed by the Japanese brand. Along with a 26x optical ultra-zoom lens and full high-definition movie support, this compact camera also comes equipped with an SNS upload function which lets users directly post images on Facebook and other websites.

Its 26mm wide-angle to 676mm super-telephoto lens is complemented by a 14MP CMOS sensor which exhibits HDR backlit correction and high-speed continuous shooting. This snapper also comprises the Dual IS system – a function that looks to eliminate shakes in images by moving the sensor with a shift-type image stabilization mechanism. Video recording can be taken to resolutions of up to 1920 x 1080, and the H.264 movie compression feature allows for even longer video clips.

The Magic Filter mode introduced by Olympus on its previous devices gets two new filters on the SP-720UZ. Dramatic and Random Tile have been added to take the number of filters to twelve. The camera also ships with the Makeup function which is occupied by its Beauty mode. It lets users apply makeup to subjects in clicked images, on the fly. Furthermore, 3D photography is something that’s possible with this snapper as well. But these images can only be viewed on 3D compatible devices. 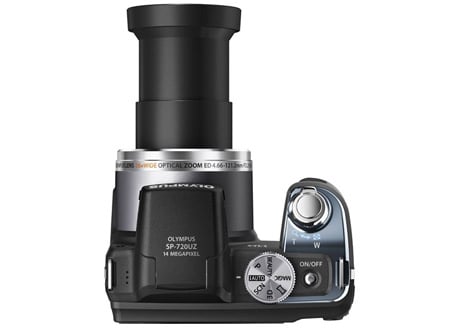 This camera’s SNS features are enabled by the Eye-Fi SDHC memory cards that are compatible with it. These comprise internal wireless LAN that allows them to connect to the Internet in order to upload images to picture hosting services, online photo albums and computers.