Olympus OM-D E-M10 is a new mirrorless camera with a compact design, coming next month

With a name that’ll need to be memorized with some effort, the Olympus OM-D E-M10 has been launched by the company as a compact mirrorless interchangeable lens snapper. Slated to be made available by the end of February, this camera has its price set at $700 (body only).

When coupled with a 14-42mm f/3.5-5.6 kit lens, its cost goes up to $800. Its impressive price has been equipped with an equally impressive line of attributes. The Olympus OM-D E-M10 grabs hold of the same 16MP Live MOS sensor which we had seen on the EM-1 model. This is a four thirds format sensor which does not feature a low-pass filter. 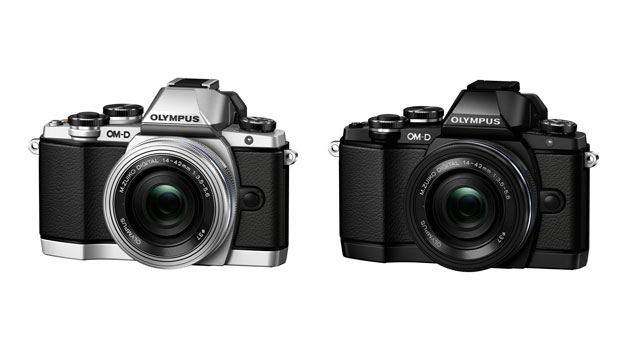 A TruPic VII image processor forms part of the camera, aside from a quick response electronic viewfinder. The Wi-Fi-enabled shooter allows for maximum ISO settings of up to 25,600, whereas it even provides support for 8fps high-speed sequential shooting with 81-point AF.

The Olympus OM-D E-M10 kicks in a 3-axis VCM in-body image stabilization mechanism and a high-resolution touch tilting LCD monitor. The retro body of this camera has been described as ‘ultra-slim’ which makes it easy to hold and carry around.