The $399.99 Olympus Stylus SH-1 has been infused by the company with the advanced five-axis image stabilization attribute that we had first seen on the $999.99 OM-D E-M5 back in 2012. This new point-and-shoot offering comes equipped with retro looks inspired from Olympus’ PEN series of cameras that were around from the 1950s to the 1980s.

The new product has been blessed with a f/3-6.9, 25-600mm 24x optical zoom lens. This, combined with the fact that it’s the world’s first compact camera to feature 5-axis image stabilization results in superior performance with stills as well as videos. Speaking about videos, the device is able to shoot them at the 1080p/60fps standard, while it can also shoot at high speeds of 120fps and 240fps but at reduced resolutions. 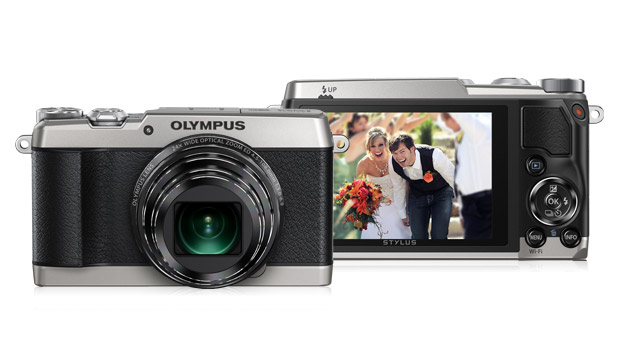 The Olympus Stylus SH-1 comes equipped with a 16MP BSI CMOS sensor and a TruePic VII processor which is the same one that’s housed by shooters from the OM-D series. It is Wi-Fi-enabled and features a 3-inch 460k-dot LCD apart from an 11fps burst mode.

Various different focus modes find their way into this Olympus camera. These include Face Detection AF, AF Tracking, Selective AF area (via touchscreen) and AF Lock. Furthermore, there’s a Time-Lapse Movie mode as well which enables you to compress up to 5 hours of action into a 20 second time lapse movie.

The Olympus Stylus SH-1 will be released this May with its price set at $399.99. It will be made available in silver, black and white color options.