For the small section of the tech community that’s fascinated by lens camera attachments for their smartphones, the Olympus Air is worth a look. The ace company has taken such a leap for the first time, and it will be interesting to see how its product emerges eventually.

Back during Photokina 2014, the Japanese brand had revealed that it was working on a wireless lens camera system for Android and iOS smartphones, but it has now finally unveiled its offering in the form of the Olympus Air. Sony has already treaded the same ground with its own set of similar accessories, so there’s some competition already in the market for the new device. 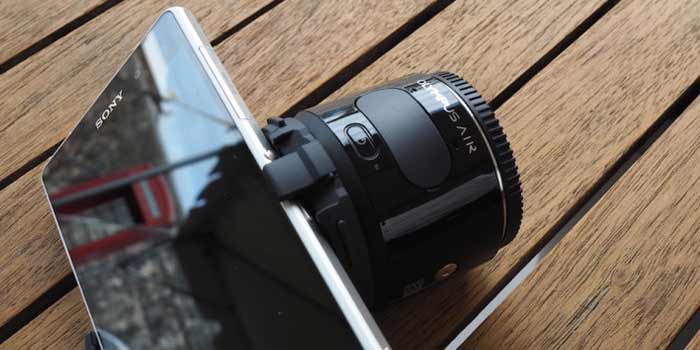 The Air clamps onto your Android or iOS devices to let you click high-quality images by using their displays as viewfinders. It comes with its own battery which can be charged to let it click 320 shots on a single go.

Olympus has equipped the device with a 16MP Live MOS sensor. It can come up with ‘SLR-quality’ images if its maker’s word is to be taken seriously. One more benefit of this new product is that it is able to pair itself with any Micro Four Third lens available in the market right now.

One would expect the company to reveal its price and availability details right away, but it has chosen to play safe for now. The Air will be released only in Japan next month, and its retail value has been kept a secret for some reason. 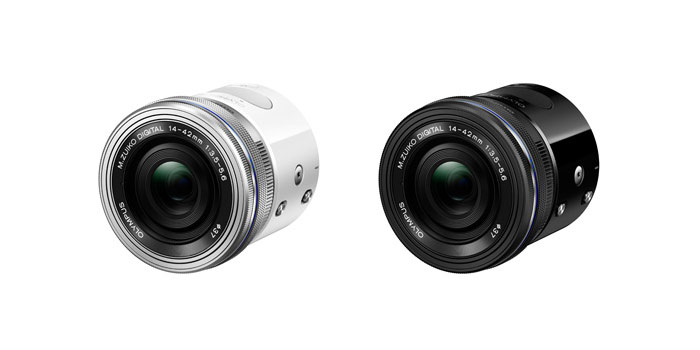 We’ll have more on the Olympus Air when additional details about this new lens camera system for smartphones are out in the open.