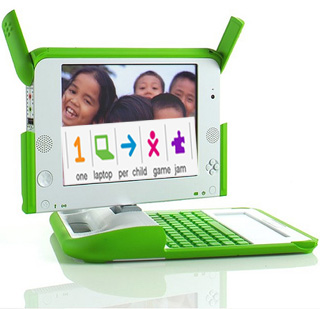 The OLPC (One Laptop Per Child) is apparently not only concentrating on its pricing structure but also on what it is packing in within the device.

On Thursday, the non-profit organization put forward a laptop prize for software teams who develop new games during a three-day ‘game jam’ slated to kick off from June 8 on the campus of Olin College, an engineering school in Needham, Massachusetts.

The main intention behind OLPC increasing the software available for the XO, is to induce governments of developing countries to order more and more laptops, which will at the end help the group to reach its sales goal of 3 million units by May 30. OLPC had collected 2.5 million orders by late April but required to enhance sales enough to order bulk computer parts and stick to the manufacturing schedule.

An OLPC spokesman was highly optimistic about achieving the goal, calling the date an arbitrary deadline that could also be affected by software and hardware changes as developers put the finishing touches on the beta version of the XO laptop, according to an e-mail from OLPC’s public relations agency.

All the same, production has already got delayed than its original date in July and could in fact be set back further by spiraling prices. In April, OLPC founder Nicholas Negroponte said the price of the “hundred-dollar laptop” had risen to $175.

Furthermore, Negroponte also says that his nonprofit effort is seeing hard competition from the well-funded Intel’s Classmate PC, which is also a low-budget, power-efficient PC designed as an educational tool for children in developing countries.

“The purpose of the game jam is getting people together to hack for a couple of days. Hopefully this will be the first of many,” said SJ Klein, OLPC’s director of content.

XO users already have their choice of certain games in a ‘Pygames’ library of open-source applications written in the Python programming language, and the XO’s eToys application that allows children to create their own basic media and games, Klein added.

However, in the game jam, developers could create new types of games that rely on features of the XO’s design, such as mesh networking between nearby users, a in-built still or video camera, and a tablet mode for mobile gaming.

“There aren’t too many games right now that take advantage of mesh style networking,” continued Klein, referring to the XO’s ability to use Wi-Fi to communicate with other users up to a kilometer away, and display them as icons on its Sugar interface. “There are networked games, sure, but they aren’t sensitive to the ability to display the presence of other users depending on where they are in relation to you or to pop up on the screen when they are close enough.”

OLPC’s development guidelines stated that apart from creating games that teach specific tasks like counting or reading, OLPC is positive is anticipating that the contest will produce templates that allow kids to develop their own games.

Keeping in sync with the OLPC’s decision to use an open-source Linux OS in the XO computer, OLPC will launch all games created at the weekend-long event under the open-source GNU General Public License and post them on the SourceForge site.

And of course apart from big names like Intel who are in the process of building low-budget devices, there are engineers in India who are in the works of coming up with laptops priced at $10. Only time will tell who and which company will produce the best and most reasonably priced laptop. Till then we will have to continue with the steeply priced ones, but c’mon they mostly do include features that make them worth the price.