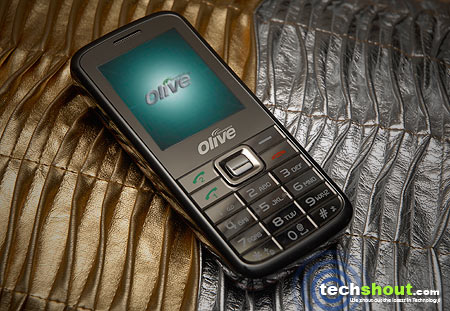 Olive Convergence global wireless device business originated in India in around 2006 as a joint venture with Haier Group of China. Independently the Olive brand was launched in around September 2009. The company boasts of a wide product portfolio comprising of GSM, WCDMA, CDMA and EV-DO handsets and smartphones, Convergence and connected mobile computing devices and advanced data modems for wireless broadband.

A few days back, Olive’s OlivePwrr handset V-G200 reached us for a review. We can’t remember the last time we actually scanned through a dual-SIM phone, so this handset seemed just as exciting. A run through on the feature list revealed some very interesting attributes such as a 2.2” TFT display supporting touch functionality, expandable memory of up to 4GB, a digital camera, Bluetooth with A2DP stereo streaming support and digital video and music player. We were also quite enthused by the inclusion of a webcam and Bluetooth as remote control. With features like these in a low-cost handset, we actually couldn’t wait to get started.

Opening the box popped out the standard accompaniments of a user manual guide, travel charger, USB cable and a USB-enabled headphone. The bundled phone was neatly designed in a shade of glossy black. It featured a red edge that extends into the battery housing location with even the camera lens having a red finishing. Above the display is a front speaker while below it is the Olive Convergence logo in silver black. A standard keypad is neatly tailored just below the logo. There’s a central navigation pad fabricated from steel, the either sides of which reveal two call answer buttons on the right for SIM1 and SIM2 respectively and clear and call reject buttons on its left.

You can assign shortcuts to each of the left, right, up and down buttons of the pad. The back panel bears circular stripes which again add to the simple yet enthusing fabrication. Stripping the phone of its back panel shows a bright red chassis that includes two slots for the respective SIM cards right next to each other. There’s also a memory card slot onboard. The left panel of the phone includes a USB port. Flipping the phone face down reveals an eye-catching camera lens with the words digital camera written. On either sides of the square-shaped lens are speakers. Just below all this is the Olive Convergence logo in color. The phone is around 115×51×16 mm in dimensions.

With two network signals on the extreme left for SIM1 and SIM2, switching on the phone shows a simple homescreen that includes a widget panel on the extreme right edge of the screen. The widgets can be dragged and dropped on to the main screen to open them. While it may take more than a powerful swipe of the finger to actually do so, the feature was interesting nevertheless. The panel can be minimized so as to hide in the main screen. We were quite surprised to find the touch interface more than responsive.

Once inside the menu, the phone includes the traditional features like Messages, Contacts, Logs, Settings, Media, Apps, Services, Tools and Bluetooth. The Messaging tool supports SMS, MMS and Chat that includes two Chat Rooms along with Broadcast Messages which you can opt to turn on or off. The phone boasts of a host of options that also let you play around with your contact settings. The log file includes the history of SIM1 and SIM2 separately to avoid any kind of confusion. The Dual SIM settings let us choose from four options namely the Dual SIM open, SIM1 open, SIM2 open and Flight Mode. You can customize your profile differently for both the SIM cards. User profile options include the regular, General, Meeting, Outdoor, Indoor and Headset. In the phone setup you can even choose the preferred input method. The touchscreen can also be calibrated for pen to allow optimized stylus support. The phone also includes a setting for firewall that should let you secure not only incoming calls but also SMS. 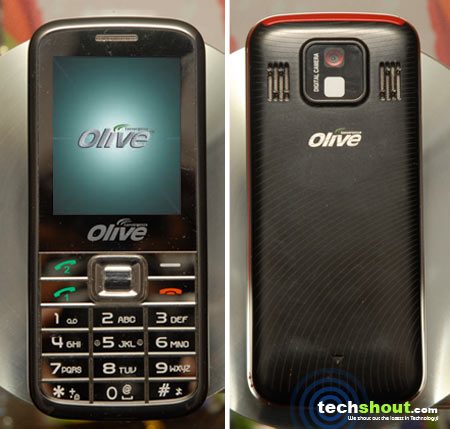 We were quite excited about the Media function that included a wide array of options. Let’s go through them singly starting off with the Camera which included a decent lens. You can choose from three shutter sounds and if the beep annoys you as much it did to us, you can also put it off. The EV function lets you set the exposure values to many different numbers. Allowing you to delay the timer up to 15 secs, the phone’s camera also lets you click in succession with a single click thanks to the Cont. shot option. Images can also be tweaked up to a maximum 640 x 480 pixels and in Normal, High or Low image qualities. White balance includes attributes like auto, daylight, tungsten, fluorescent, cloud, incandescence. Effect settings that you can adjust include normal, grayscale, sepia and many more. You can even set a frame to images before you capture them.

Moving on to the video recording function, its capabilities certainly seemed to be a notch above that offered by entry-level phones from other popular manufacturers. The camcorder settings allowed us adjust the white balance, EV, Night mode and the Banding. Videos can be recorded in normal, high and low quality options. The effect settings were identical to the camera settings. Next the Image Viewer sports a print option along with zooming in/out or even rotating an image for that matter. Besides viewing the images, we could also select the browsing style for the images in list and matrix form while also being able to sort them by name, type, time and size.

There’s also a sound recorder and an FM radio, the audio reception of which was not really something we were pleased about. The melody compose setting let us play music composer to the hilt belting out tunes by choosing among the piano, guitar, violin, saxophone, steel drums, flute, harmonica, trumpet, music box and xylophone. The File Manager in the Media function we thought was really neat with three simple choices to open a particular file, create a new folder and format. The Apps feature includes just one single game named Puzzle. Keeping to its name, the game includes a jigsaw puzzle of some teddy looking creature in the jungle in the easy mode. With a truckload of other features, the company could have thrown in a few more intelligent games.

Handling two calls on the phone was seamless. We could effortlessly switch between calls of one SIM card to the other. Even though the SIM cards were from different carriers, there seemed to be no network interference. While the internet browsing is not something we can boast about, it wasn’t disappointing either albeit after getting through the very complicated GPRS settings. Among other tools there’s also a calendar, world clock, calculator and a currency converter. With Bluetooth switched on, we could transfer files among devices without any hassles. The phone’s interface didn’t really seem to lag one bit and we found it quite enthusing considering the low price of the phone. Besides the interface reveals a QWERTY touch keypad that pops up whenever you need to input text or numbers whether in the SMS option or the browser option.

The phone looks good and its compact form factor seems to add to the style quotient.

The call receiving and making process was as effortless as it could get for a Dual-SIM phone.

The handset’s support for touch was also above average and it responded almost instantly.

The handset’s battery was more than satisfactory despite heavy usage of the phone being.

We would have liked the phone to have a better QWERTY keypad. The keypad was just too small to support accurate finger touch. It could work efficiently if accompanied by a stylus considering the letters and numbers were very tiny.

The radio reception and sound quality could have also been enhanced. The audio player appeared as if it had been forced to makes its place in the phone. Besides, the sound of the polyphonic ringtones can get really annoying.

With almost every function in a feature-rich phone, the manufacturers could have definitely put in some more games.

The phone is quite an all-rounder in terms of functionality. It houses pretty much everything you’d want for in a touchscreen phone. If you’re among the few who hold connectivity and easy communication high up on your list without having to burn a hole in your pocket, then this Olive handset will certainly suit you. Besides, it’s definitely value for money at just Rs. 3499. We’d give the phone 8 out of 10 as far as rating is concerned.