Okami HD gets a release date for its Nintendo Switch launch

Classic action-adventure game Okami will be seen hitting the Nintendo Switch on August 9. This PS2 original from way back in 2006, has made its way to a number of modern platforms till date, including the PS4, the Xbox One and PC. It can be pre-ordered now via the eShop by those wishing to jump into it on day one.

Capcom has revealed this news via the game’s official Twitter handle, along with a GIF showcasing how the touch controls will work for Okami HD on the Switch. Players will be able to use console’s touchscreen while in handheld mode in order to draw with Amaterasu’s tail and solve puzzles.

While the original version of Okami was released only for the PS2 and the Wii, all later editions have been HD remasters. Developed by Clover Studio, this game is set in classical Japanese history, and tells the story of how the land was saved from darkness by a Shinto sun goddess, named Amaterasu, who assumed the form of a white wolf. 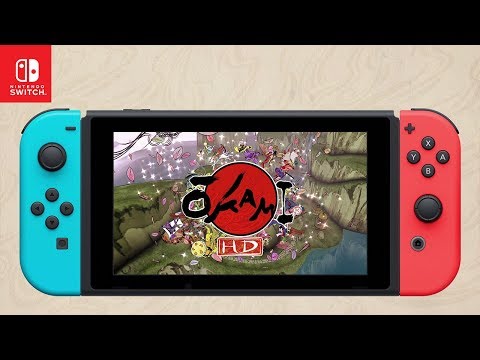 Its classic cel-shaded graphics have received great praise over the years, but the game’s main attraction is still its Celestial Brush, a gesture-based gameplay system used to perform miracles. Okami in fact is still counted among the best video games ever to have been produced.

The Nintendo Switch, with its JoyCon controllers is bound to add plenty of fresh gameplay avenues, which might make even those who have played the earlier version jump into Okami HD again. This title had also got a sequel in the form of Okamiden in 2010, but it was only made available for the Nintendo DS.

Like we said, August 9 is when Okami HD will be made available for the Nintendo Switch.